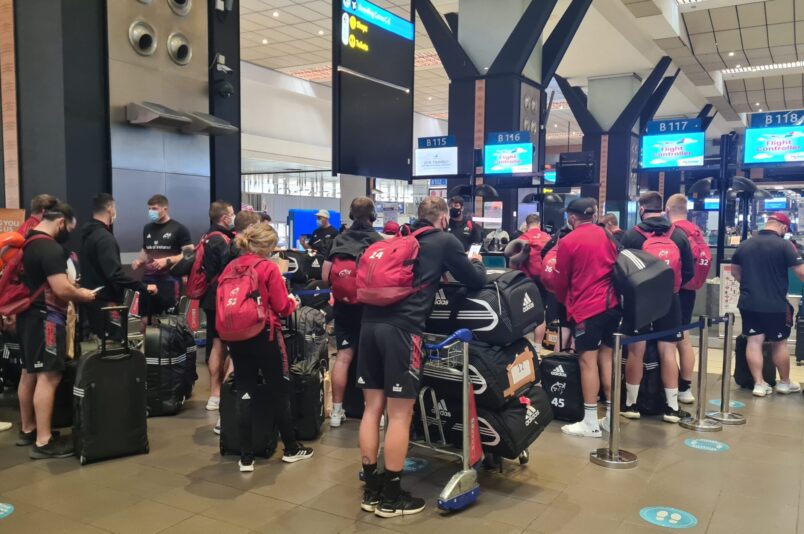 Munster Rugby have departed their base in Pretoria and are making their way to Cape Town flying from Johannesburg via Durban.

Munster Rugby have departed their base in Pretoria and are making their way to Cape Town flying from Johannesburg via Durban.

The province is linking up with Scarlets before flying to Cape Town where Cardiff Rugby and Zebre are based.

On Friday the Welsh sides confirmed a charter aircraft had been secured however they were unable to depart South Africa as they waited on Civil Aviation Clearance due to the closure of borders.

It is hoped that the province will be able to travel home by charter with the other United Rugby Championship clubs but for now the touring party will wait on further updates in Cape Town.