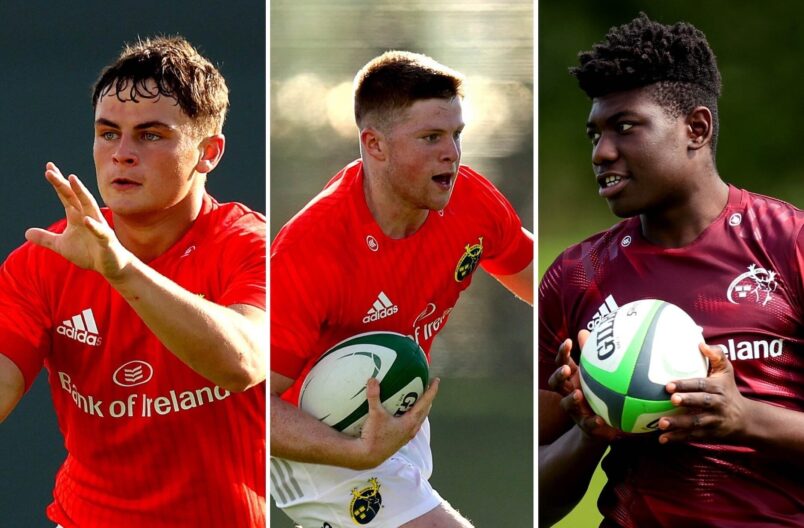 The trio have all been playing All Ireland League rugby this season and also lined out for a Munster Development XV earlier this year.

Butler and Campbell made their Munster A debuts against Connacht last Friday with Edogbo currently rehabbing an achilles injury.

See player bios for the new additions below.

19-year-old Tony Butler is a product of Ennis RFC and has progressed through the Munster Youths system.

He captained Ennis at underage level, lining out with fellow Academy player Ethan Coughlan in the half-backs for the past number of years.

Tony studies Construction Management and Engineering in UL and captained the Munster Development XV against Ulster in September.

The out-half has made an impressive start to life in the AIL with Garryowen, scoring 40 points in four games.

A talented hurler, Butler has represented Clare at minor level and was a Harty Cup winner with St Flannan’s in 2020. 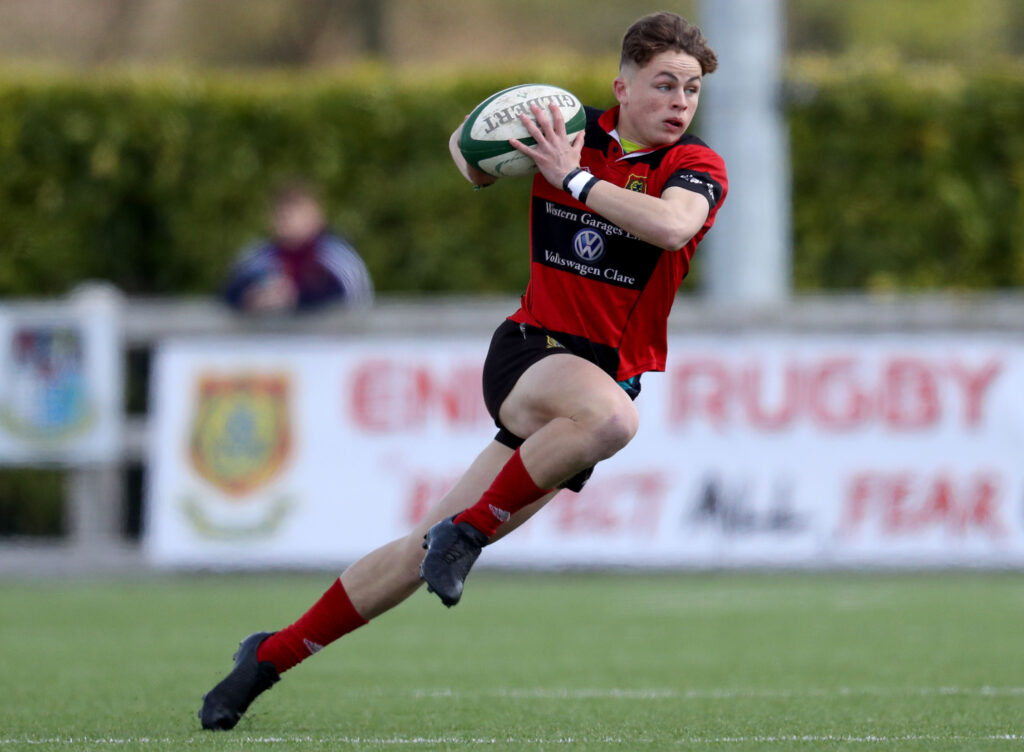 Patrick studies Law and Accounting at UL and plays his AIL rugby with Young Munster, making a flying start to the season at full-back for the Division 1A league leaders.

He scored a hat-trick of tries for a Munster Development XV against Ulster in September and has previously been selected for the Ireland U18 Clubs & Schools squad.

Also a very talented Gaelic Footballer with Nemo Rangers, he was a central figure in Cork’s 2019 All-Ireland minor-winning side. 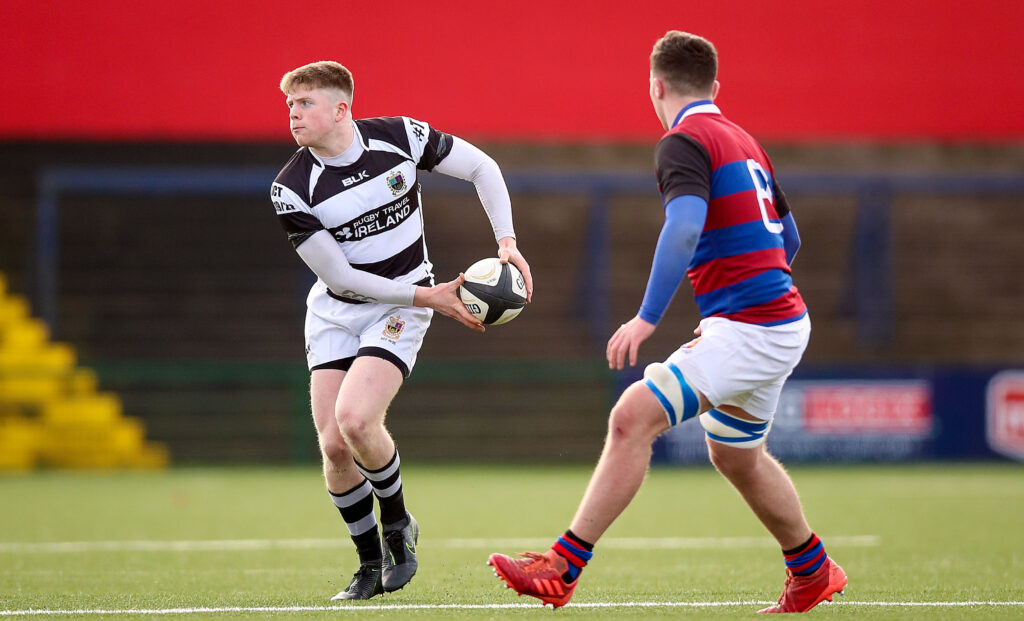 Patrick Campbell in action for PBC in the 2020 Munster Schools Senior Cup.

18-year-old Edwin Edogbo came up through the ranks at Cobh Pirates RFC and becomes the first player from the east Cork club to earn a place in the Academy.

He trained with the Munster senior squad throughout pre-season last summer.

Edwin is studying Engineering in UCC and featured for the club in the early rounds of the AIL season but is set for a spell on the sidelines with an achilles injury. 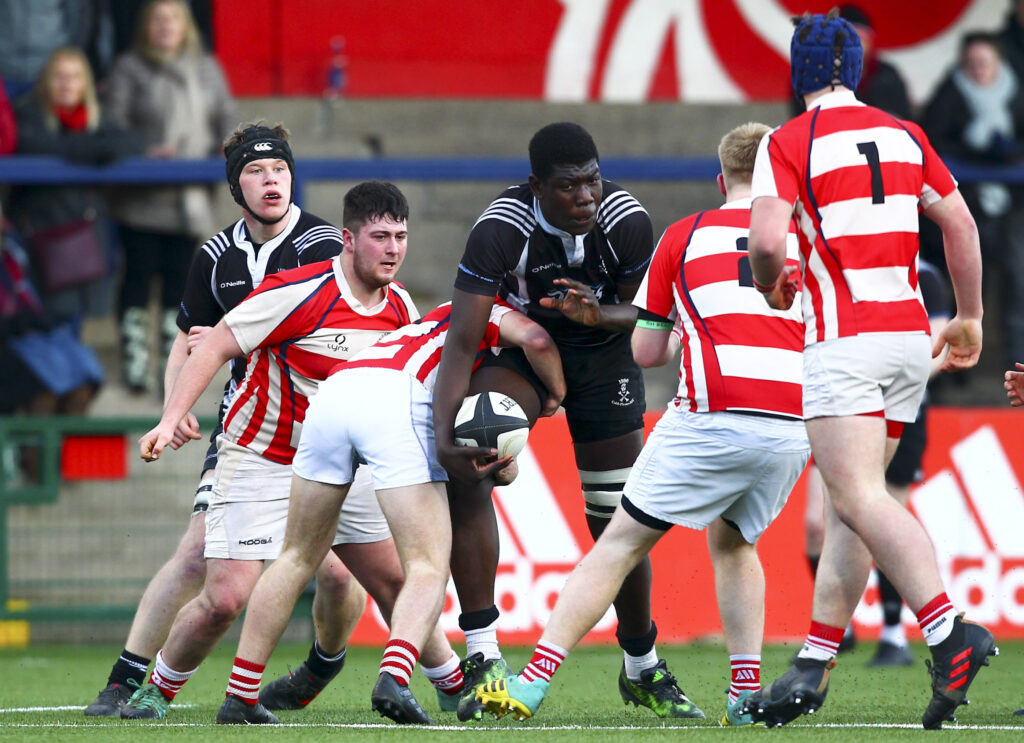 Edwin Edogbo in action for Cobh Pirates against Skibbereen at Musgrave Park in 2019.