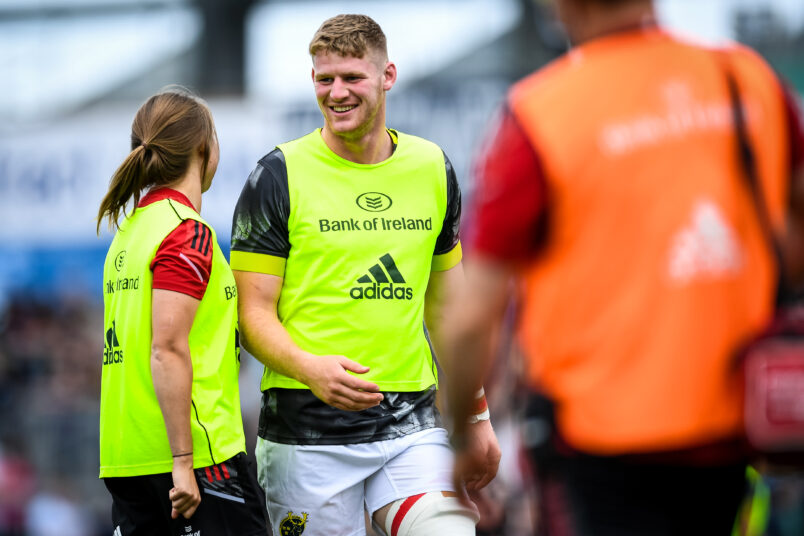 Clonakilty man Cian Hurley joined the Greencore Munster Rugby Academy in January 2021 and is a product of Clonakilty RFC and CBC.

He plays his AIL rugby with Garryowen and made his senior Munster debut as a starter at the age of 20 against Benetton in March 2021.

Paired with Thomas Ahern (21) in the second row, they became the youngest starting second row combination for Munster Rugby in the professional era.

Scroll down to watch his post-match interview after making his debut against Benetton at Thomond Park last March.