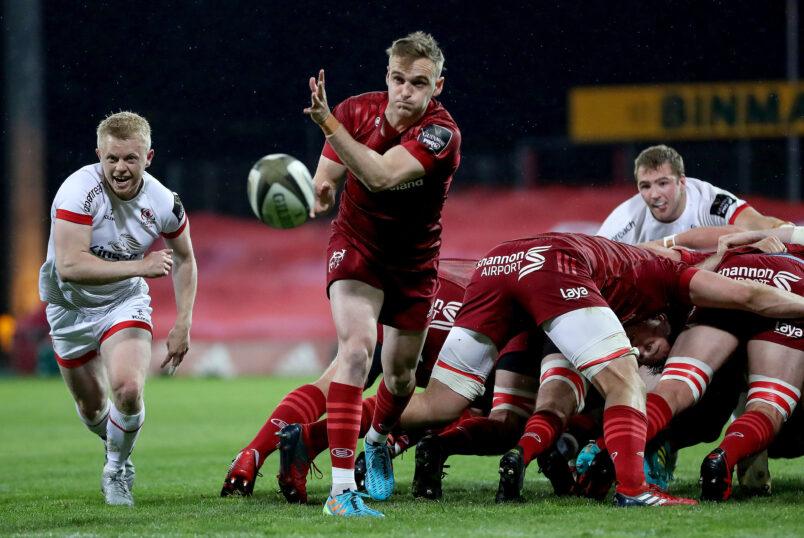 Nick McCarthy in action for Munster against Ulster. Inpho

Take a look back at some of Nick McCarthy’s highlights at Munster as the scrum-half departs the province this summer after making 23 Munster appearances in two seasons.

McCarthy made the move from Leinster ahead of the 2019/20 campaign and made his debut against Dragons at Thomond Park in September 2019.

A first appearance for Munster in the Champions Cup followed away to Saracens in December 2019 and McCarthy went on to make eight appearances that campaign.

A popular member of the squad, Nick went on to make a further 15 appearances this season and returns to Leinster ahead of 2021/22.

Speaking ahead of his departure, he said: “I want to thank everyone for my time in Munster Rugby. It’s a special club to play for with a great rugby culture.

“I have really enjoyed the experience, learned loads and made friends for life.”