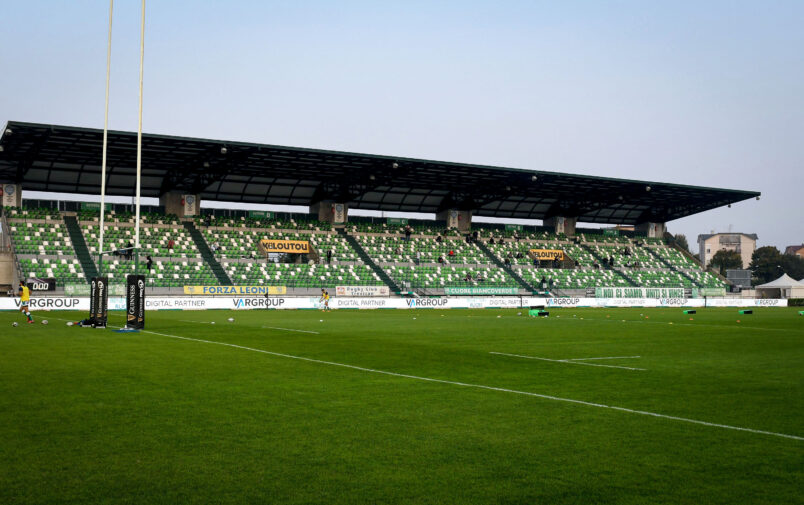 Treviso’s Stadio di Monigo will play host to the Guinness PRO14 Rainbow Cup ‘North v South’ Final on June 19 thanks to the support of the Federazione Italiana Rugby (FIR) and the Italian government.

Treviso’s Stadio di Monigo will play host to the Guinness PRO14 Rainbow Cup ‘North v South’ Final on June 19 thanks to the support of the Federazione Italiana Rugby (FIR) and the Italian government.

A kick-off time will be confirmed soon for the game at the home ground of Benetton Rugby, which has undergone a number of developments in the past two years. A maximum of one thousand fans should be admitted under current Italian regulations, so that they can be part of this historic occasion.

Since announcing a dual tournament approach to the Rainbow Cup on April 21, 2021, PRO14 Rugby began exploring the feasibility of hosting a Final in Europe between the top-ranked teams from each competition.

The support and encouragement received by the Italian Federation and from Italy’s Sport Department allowed PRO14 Rugby to put forward proposals to stage the game in Treviso in a short space of time.

The venue was the clear choice in Italy as an existing Guinness PRO14 stadium that has tried and tested Covid-19 protocols and infrastructures in place. The proximity of local airports, and the European teams’ familiarity with the site, also favoured this selection.

Martin Anayi, CEO of PRO14 Rugby, said: “We are incredibly grateful to our friends and colleagues in Italian rugby for their role in creating this opportunity to host the North v South Rainbow Cup Final.

“In a very short space of time we have been able to find a terrific way to tie the two tournaments together as originally envisaged and provide a glimpse of the future as the top team from the existing Guinness PRO14 meets the best that South Africa has to offer.

“When the cross-hemisphere fixtures were removed from the original Rainbow Cup schedule due to travel restrictions our disappointment was matched by our clubs, their fans and our broadcasters. However, our team has worked hard to reconfigure the competition with this historic final and we can now deliver on the unique excitement that the Guinness PRO14 Rainbow Cup originally promised. Once again, we offer our thanks to everyone in Italy and the FIR involved in making this possibility a reality and we look forward to what will be a truly unique occasion in the history of our league.”

Marzio Innocenti, FIR President, said: “To host the Rainbow Cup Final in our country is a huge recognition of the big efforts we put into restarting Italian rugby safely, and shows how PRO14 Rugby is confident in what Italian rugby is capable of achieving on and off the playing field. We have developed a sound and trusted relationship with PRO14’s governance, and it is crucial to keep on developing both the competition and Italian rugby in the years to come.

“We are thrilled to host the Guinness PRO14 Rainbow Cup Final in Treviso and that this game will be see the very best that the Northern and Southern hemisphere has to offer as the Springboks prepare themselves ahead of their British and Irish Lions series. We look forward to working together in the next weeks to deliver, alongside PRO14 and Benetton Rugby, the best possible event for such a terrific rugby clash for both hemispheres.”

This decision means that the dual tournaments operating in Europe and South Africa will tie together to produce one winner. The Northern representative shall be the team who finishes first in the table among the 12 teams in the Guinness PRO14 Rainbow Cup while the Southern representative shall be the side who ranks first in the Rainbow Cup SA competition.

Further details on the ‘North v South’ Guinness Rainbow Cup Final will be provided in due course and the game will be available live across existing broadcasters in the tournament’s core territories and international markets.