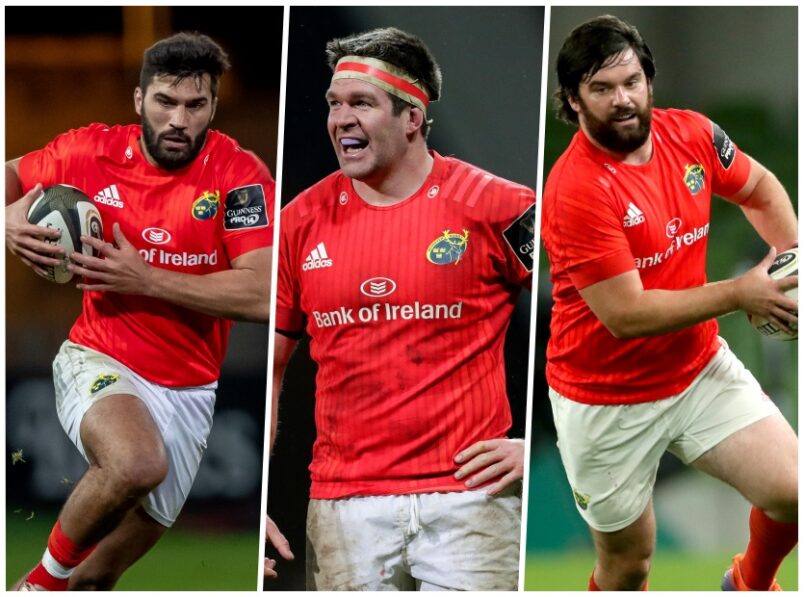 Damian de Allende, Billy Holland and Kevin O'Byrne have all been included in the 2020/21 Guinness PRO14 Dream Team.

The Munster trio of Damian de Allende, Billy Holland and Kevin O’Byrne have been named in the 2020/21 Guinness PRO14 Dream Team.

The Munster trio of Damian de Allende, Billy Holland and Kevin O’Byrne have been named in the 2020/21 Guinness PRO14 Dream Team.

The Dream Team recognises the most consistent performers in the Championship.

The squad’s highest capped player Billy Holland continues to impress as he is named in his second Dream Team of his career.  The 35-year-old made 13 appearances in this year’s campaign, captaining the side on his nine starts.  He also scored a try against Glasgow Warriors at Scotstoun Stadium.

Hooker Kevin O’Byrne is deservedly included in his first Dream Team after starting six of 13 games over the campaign. The 29-year-old crossed the white wash on four occasions.

Sprinbok centre de Allende enjoyed his first full season with the province and featured in 14 games, starting on 11 occasions, and scored a try against Zebre in November.

Out of the 12 teams that competed in this campaign six are represented and four of those sides had multiple selections. With Irish teams finishing in the top two positions in both Guinness PRO14 Conferences, that feat is recognised by 13 selections coming from the provinces with Cardiff Blues and Glasgow Warriors the other representatives.

Ulster lead the way with four selections, Connacht, Leinster and Munster see three players each included with Cardiff and Warriors earning one each. Media were free to vote for any player they wished as long as they had made 8 appearances in the 2020/21 campaign.