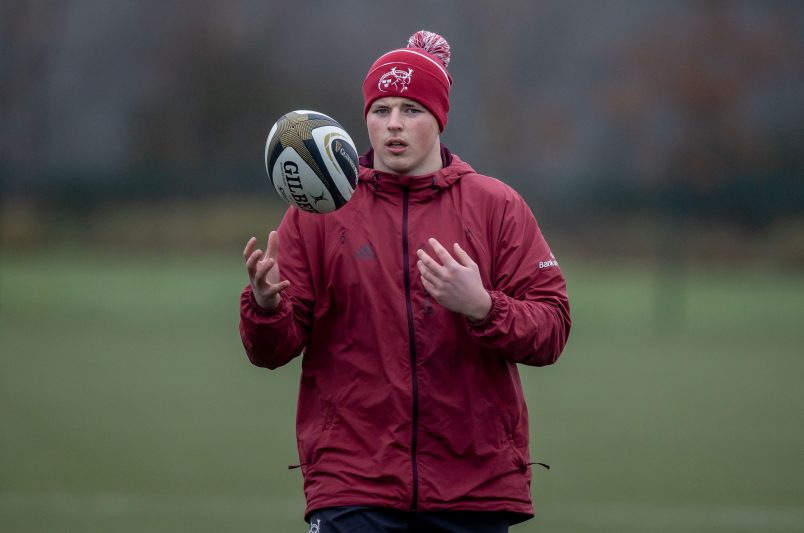 There have been senior debuts for Greencore Munster Rugby Academy trio Jack Crowley, Jack Daly, Seán French since our last Academy Update as Josh Wycherley made his European debut.

Eight of the province’s 15 Academy players have been in PRO14 action so far this season with five debuts. 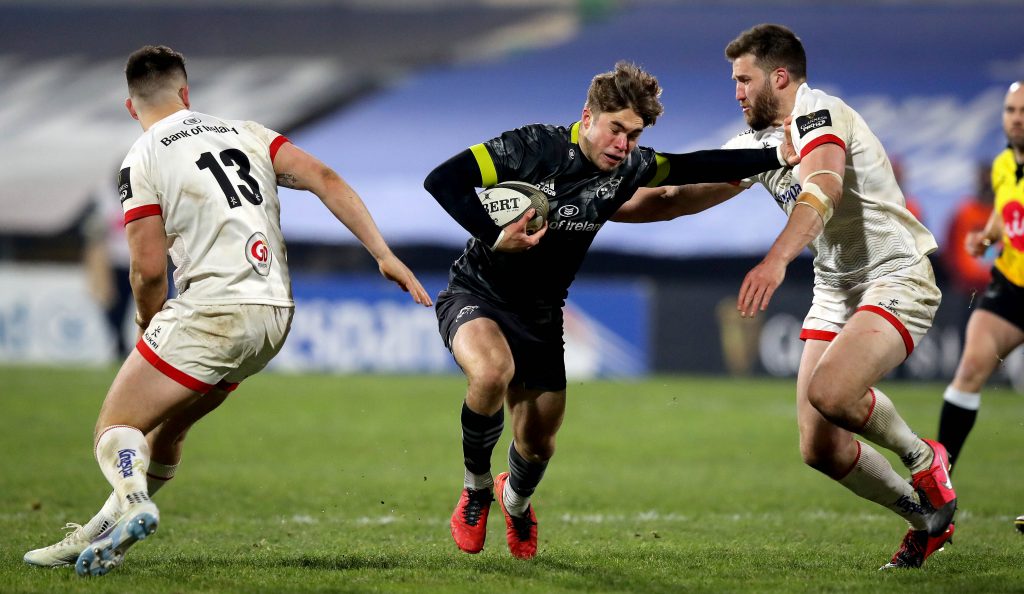 Jack Crowley in action against Ulster on his PRO14 debut.

PRO14 debuts for Jack Daly and Seán French against Zebre…

“We’re really delighted for Jack and Seán. They are both third year Academy players and they have had to wait for their opportunity and I think that stood to them.

“Seán scored a try and showed how potent he can be on the wing. Jack Daly has been beavering away and he’s come a long way from Castleisland, Garryowen and the Munster age-grade teams and his attitude is fantastic.

“From the training field to the gym to around the place – he is a real beacon for the Academy.

“Seán is a try-scorer, has great pace and physique so we’re hoping for big things from both of them.” 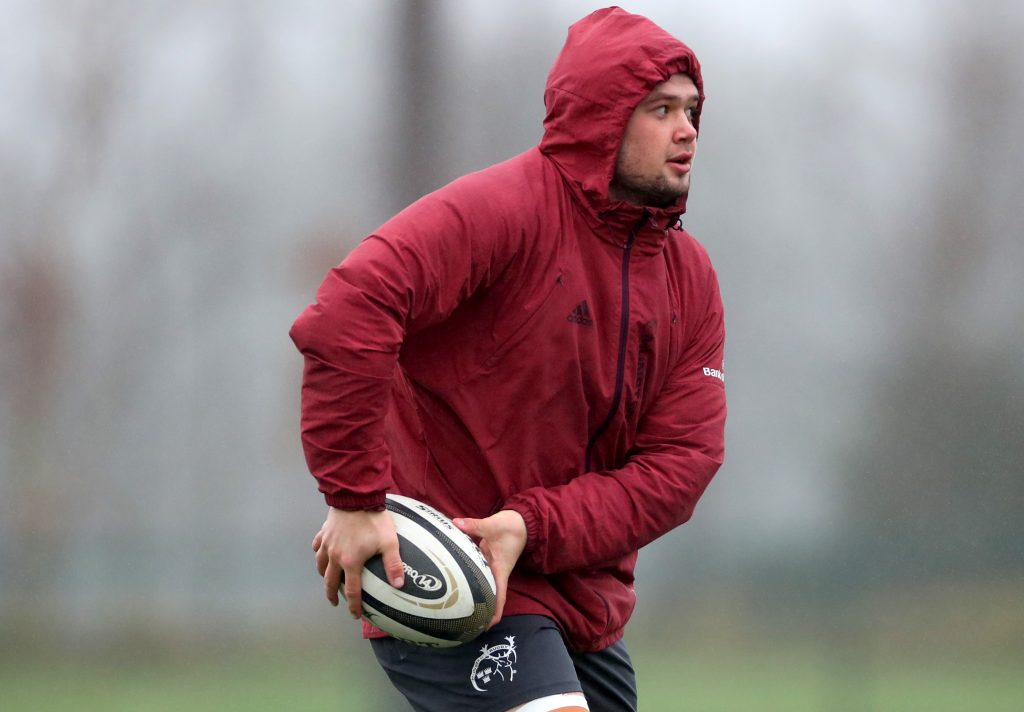 “Since coming out of school in Roscrea, he’s another player who has led the Academy really well. His standards off the field are first class – he looks after himself, goes about his business really well, looks for advice off people and he just leads the charge here really well.

“We were delighted when he made his PRO14 debut and he made the step up to the Champions Cup and was in great form. We have high hopes for Josh, his application and drive is first class.”

Dealing with the lack of AIL games…

“We changed our approach to the week in terms of the players looking at parts of the training sessions and seeing that as their match.

“That’s their time to impress the senior coaches and they have adapted really well.

“When we step onto the training field there’s a different buzz and there has been a change of mindset.

“The Academy players do a lot of skill development and a lot of them are also studying outside of rugby so there’s a good balance to their week. They know when to switch on for training and the intensity of the sessions has stepped up.

“We’re hoping to get more ‘A’ games before the end of the season to give them the opportunity to play.” 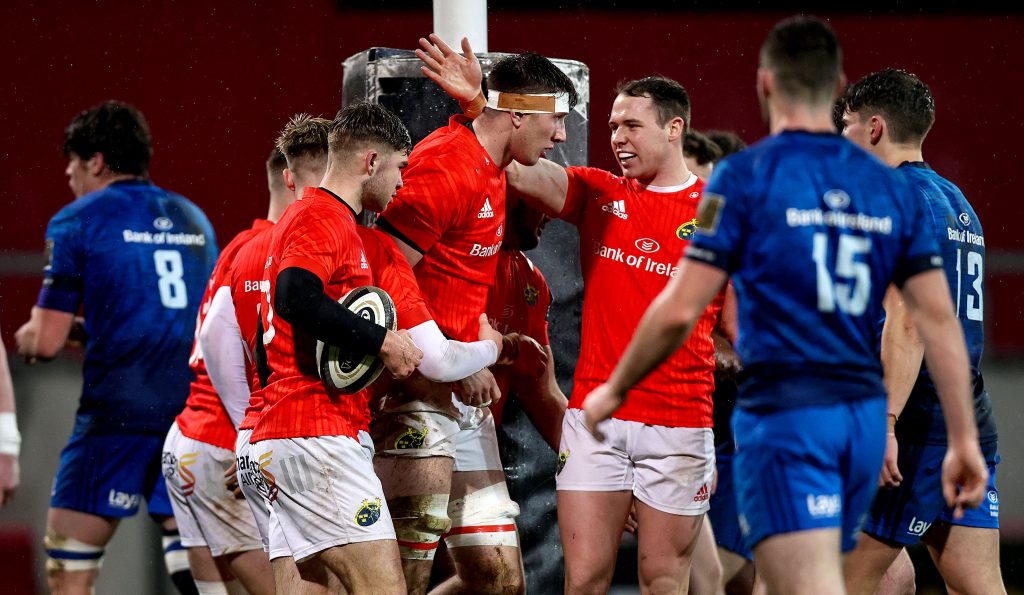 “We feel really privileged that we have been able to play. There are lots of restrictions and we have had to adapt but I think the players are more resilient through this period.

“We were very close in Ulster but they just had a bit more experience than us off the bench, we were pleased with the performance and we knew that we would grow from that first game.

“Some of the players hadn’t played for six months so we knew we would improve and there were some great performances in the win over Leinster.

“We do feel privileged for the chance to have some sort of normality and I think the players will benefit and gain even more resilience from this period.”

On the injury front, back three player Jonathan Wren (hamstring) is set for a return to full training.

Prop James French faces a spell on the sidelines after sustaining a hamstring injury against Ulster A in December. 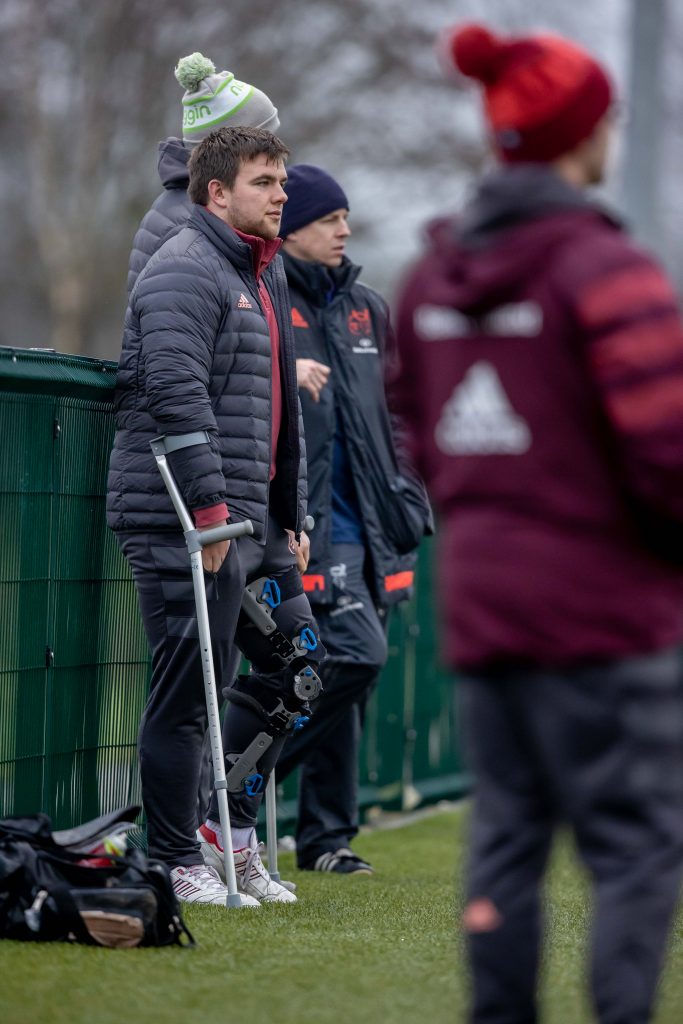 James French is set for a spell on the sidelines.