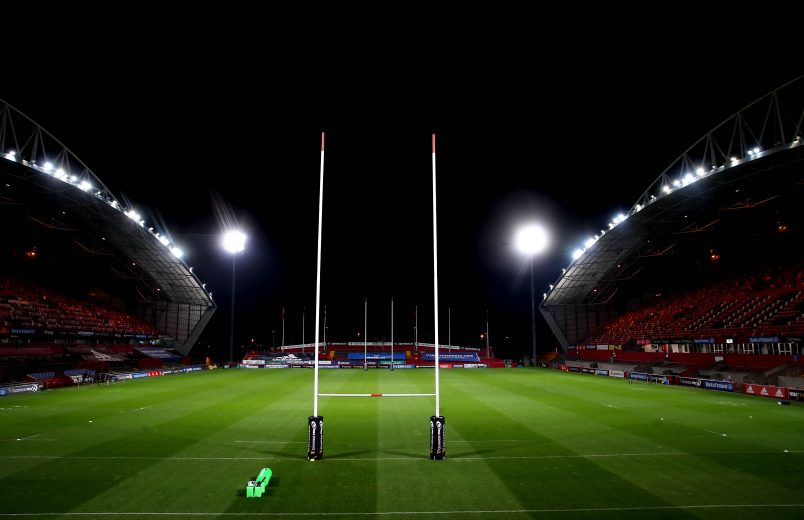 Munster play three of the remaining games at Thomond Park in the Guinness PRO14. Inpho

A total of 29 fixtures will take place between February 19 and March 22 with the Conference winners qualifying directly for the Guinness PRO14 Final on March 27.

Derby matches will take place in Ireland and Wales during Round 14 with Ulster facing Leinster, Munster taking on Connacht and Ospreys playing Dragons. Please note, the Round 14 fixture between Scarlets and Cardiff Blues was played on January 22.

Fixtures will occur during the Guinness Six Nations with more extensive use of Friday nights and a limited number of Sunday fixtures. To help increase club access to international players it was not possible to implement a weekly run of Monday night fixtures, but Round 16 will include two games on Monday, March 22.

PRO14 Rugby can confirm that no Play-off games will be required for European qualification and that rankings after Round 16 will be used to determine which teams will participate in next season’s Heineken Champions Cup once EPCR have confirmed the format.

All games will be shown live in the UK on Premier Sports with S4C broadcasting selected live and deferred matches. In the Republic of Ireland eir Sport will show all games (every Munster & Leinster fixture exclusively live) with TG4 also screening a mixture of live and deferred action.

DAZN will show all Benetton and Zebre games live in Italy while SuperSport will also broadcast games each weekend in South Africa.

During what has been a very challenging period for our clubs and broadcasters PRO14 Rugby would like to once again extend our gratitude to everyone involved in setting out this schedule.