Team Announcement | Munster A Side To Face Ulster A 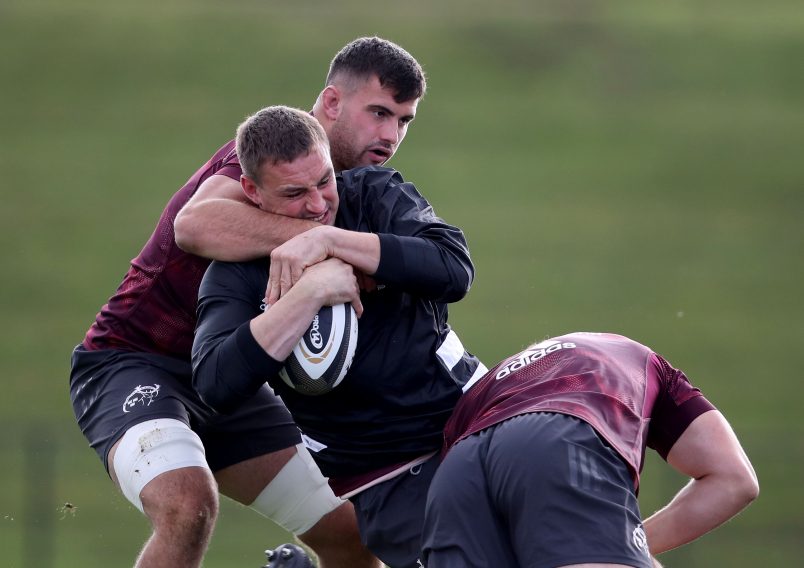 Tommy O'Donnell captains the side with Jack O'Sullivan at no.8. Inpho

The Munster A team to face Ulster A has been named ahead of Saturday’s Interpro game at the Kingspan Stadium (4.30pm).

The selection is a mixture of senior, Greencore Munster Rugby Academy and club players.

Tommy O’Donnell captains the side from the back row with fellow Ireland international Darren Sweetnam starting at full-back.

Seán French and Liam Coombes start on either wing with a centre partnership of Jack Crowley and Dan Goggin.

Nick McCarthy and Jake Flannery are named in the half-backs.

Liam O’Connor, Diarmuid Barron and Roman Salanoa pack down in the front row with Paddy Kelly and Thomas Ahern in the second row.

O’Donnell is joined in the back row by Chris Cloete and Jack O’Sullivan.

Starting out-half Jake Flannery and replacement Alan Flannery are brothers and started out at Kilfeacle RFC.

Please note this game will be played behind closed doors.