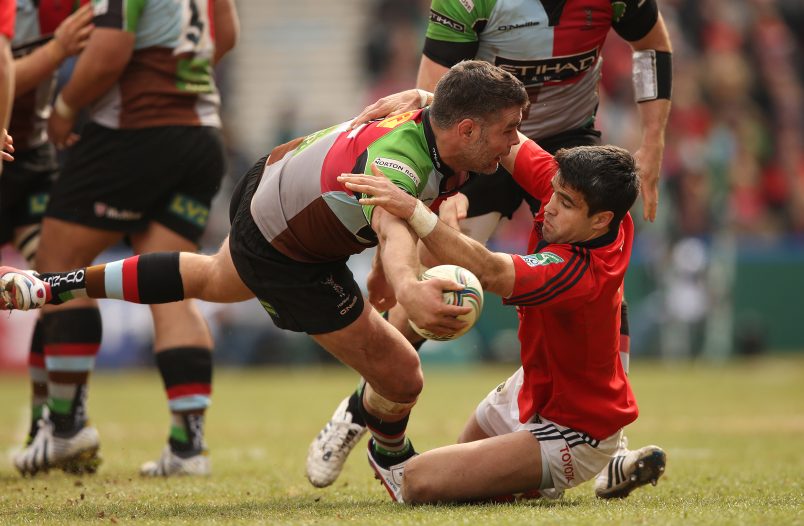 Conor Murray in action against Harlequins in 2013. INPHO/Billy Stickland

Full details of all of Munster Rugby’s 2020/21 Heineken Champions Cup pool fixtures have been confirmed by EPCR.

The first game will see Munster host Gallagher Premiership side Harlequins at Thomond Park on Sunday, December 13, at 5.30pm.

The last time Munster and Harlequins faced off was the 2013 Heineken Cup quarter-final with the province securing a memorable 18-12 victory at the Stoop. There will also be a familiar face returning to Limerick with former Munster player and coach Jerry Flannery now lineout coach with the London club.

Munster last faced Clermont back in the 2014/15 pool stage with the French side coming out on top in both encounters.

Munster will then welcome ASM Clermont Auvergne to Thomond Park for the third game on Saturday, January 16, at 5.30pm.

Finally, Munster Rugby will complete their pool stage campaign with a trip to Twickenham Stoop to take on Harlequins on Saturday, January 23, at 5.30pm.

The competition consists of a new format this year. Please see the video explainer at the bottom of the page for more information.

Check out the full list of Munster fixtures here. 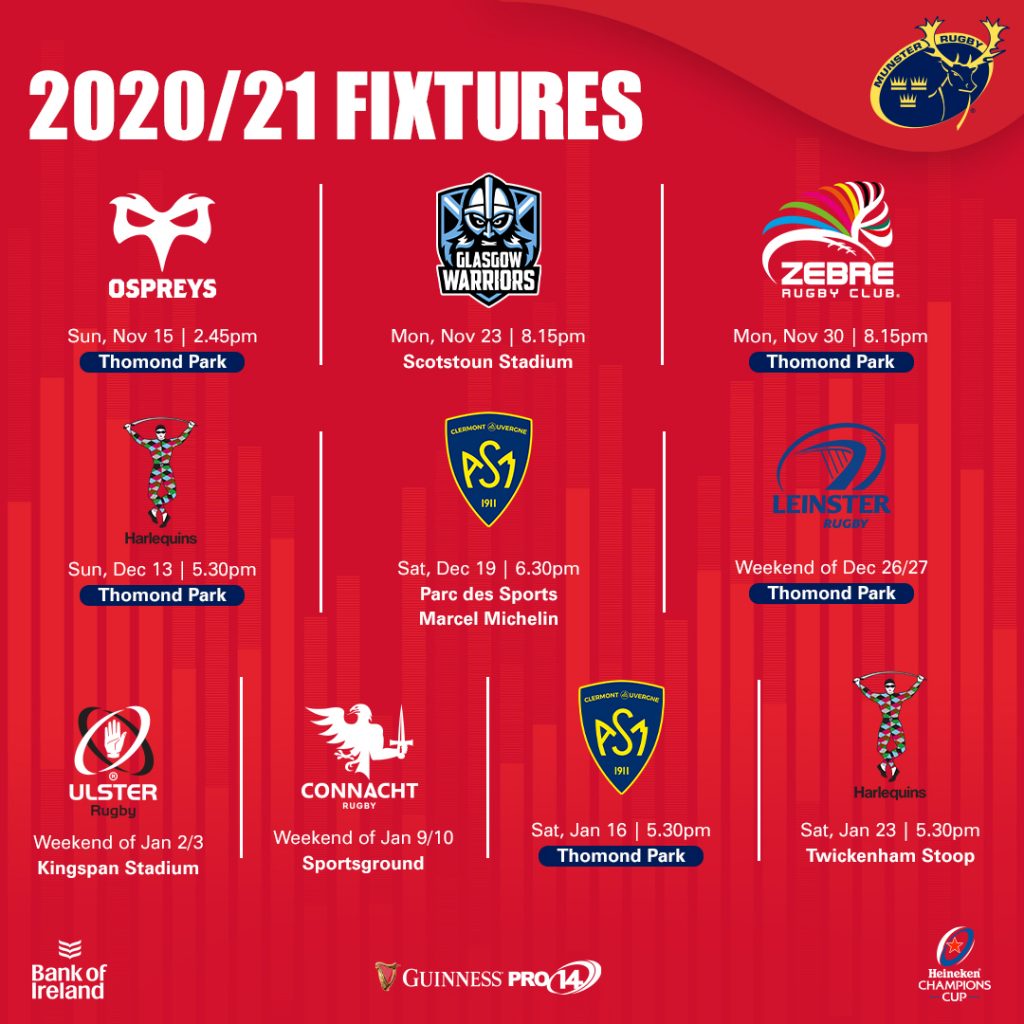