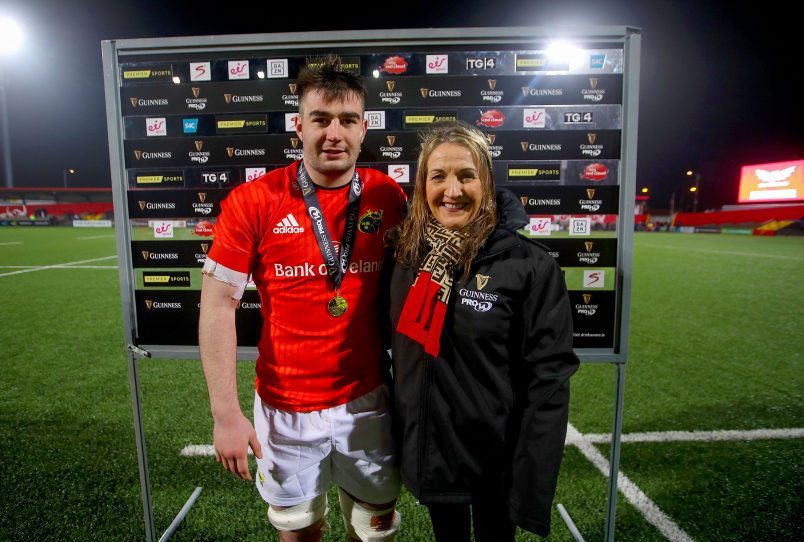 John Hodnett was Man of the Match on his Guinness PRO14 debut in February. Inpho

We spoke to Greencore Munster Rugby Academy player John Hodnett about his journey from the Clonakilty RFC Minis to the Munster Academy in our latest ‘Introducing the Academy’ feature.

Hodnett is in his second year of the Academy and has already made five appearances for the senior side along with lining out for UCC in the AIL.

He won a Grand Slam with the Ireland U20s in 2019 and has also represented Cork at underage level in Gaelic Football.

John was Man of the Match on his Munster debut in February and made his second appearance against Scarlets before the season was suspended.

He spent much of the lockdown period working with his carpenter father and has continued his progress on the rugby field at the start of this season with three further PRO14 appearances.