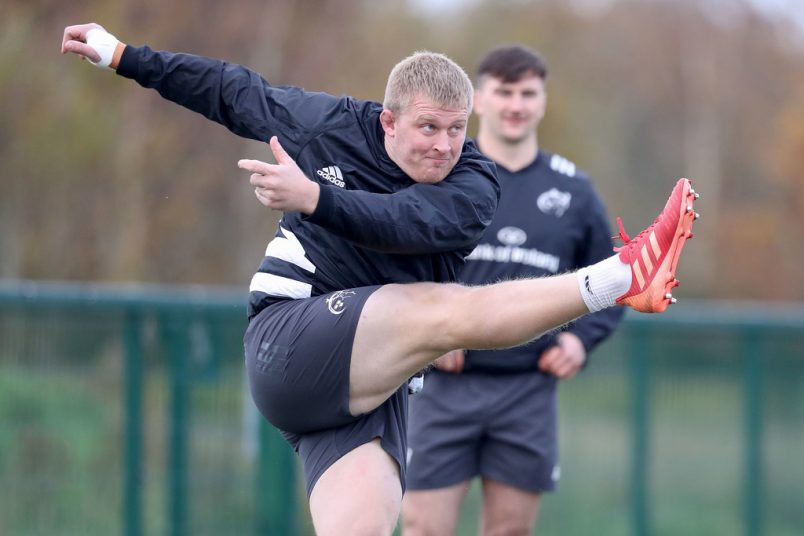 John Ryan is one of nine Munster players named in the Ireland Squad. Inpho

The Ireland squad will reassemble at the IRFU’s High Performance Centre at the Sport Ireland Campus in Dublin today as preparations begin for the Guinness Series and Autumn Nations Cup fixtures.

Ireland will play Wales at home on Friday 13th November and then travel to London to play England at Twickenham on Saturday 21st November.

The following Sunday, Ireland will host Georgia at the Aviva Stadium and will complete the series of international fixtures on Saturday 5th December against either Fiji, France, Italy or Scotland.

Nine Munster players are included with Keith Earls joining the squad after missing out on the final rounds of the Guinness Six Nations Championship due to a back injury.

While Shane Daly and John Ryan were released back to train with the province this week and available for the Guinness PRO14 clash with Benetton they will return to the IRFU’s HPC earlier than planned with Sunday’s game in Treviso postponed.

All games will be televised on RTE and Channel 4.