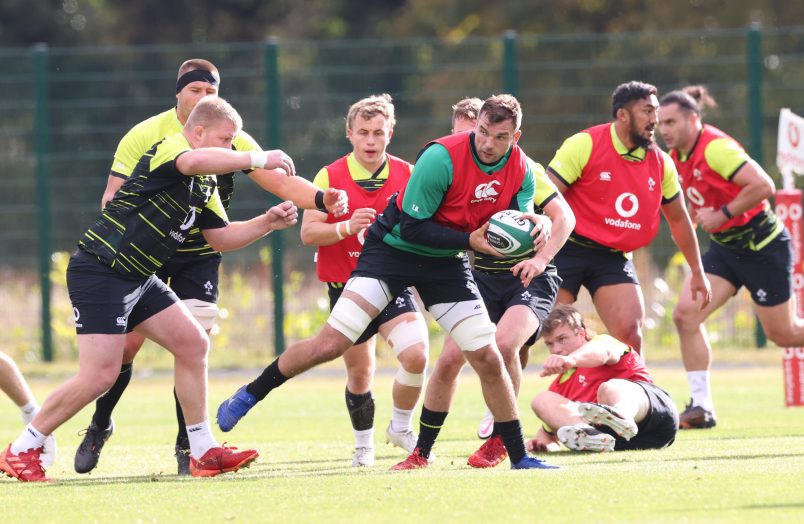 The Ireland Coaching Team have named the match day squad for the rescheduled 2020 Guinness Six Nations Championships fixture against Italy which will take place at the Aviva Stadium on Saturday (3.30pm).

Captain Johnny Sexton is joined in the half backs by Conor Murray with Bundee Aki and Garry Ringrose paired in the midfield. Jacob Stockdale is named at fullback with Andrew Conway and the uncapped Hugo Keenan on the wings.

Upfront Cian Healy, Rob Herring and Andrew Porter make up the front row while James Ryan and Tadgh Beirne fill the second row berths. In the back row Caelan Doris is named at blindside, Will Connors makes his debut at openside CJ Stander at No.8.

Kick-off at the Aviva Stadium is 3.30pm on Saturday 24th October and the game is being televised by Virgin Media and ITV.