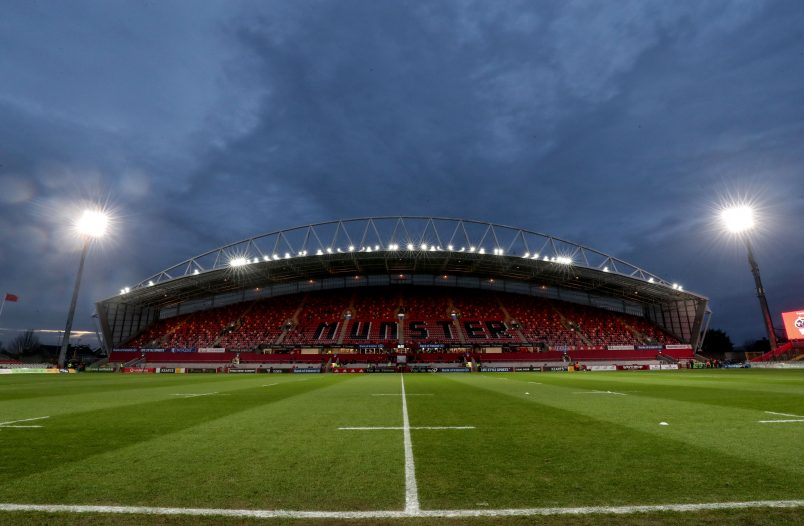 PRO14 Rugby have released the schedule for the opening eight rounds of 2020/21 Guinness PRO14 fixtures as Munster start the season with a trip to face Scarlets in Wales on Saturday week (October 3) at 3pm.

See the full list of Munster fixtures for the opening eight rounds of the Guinness PRO14 here. 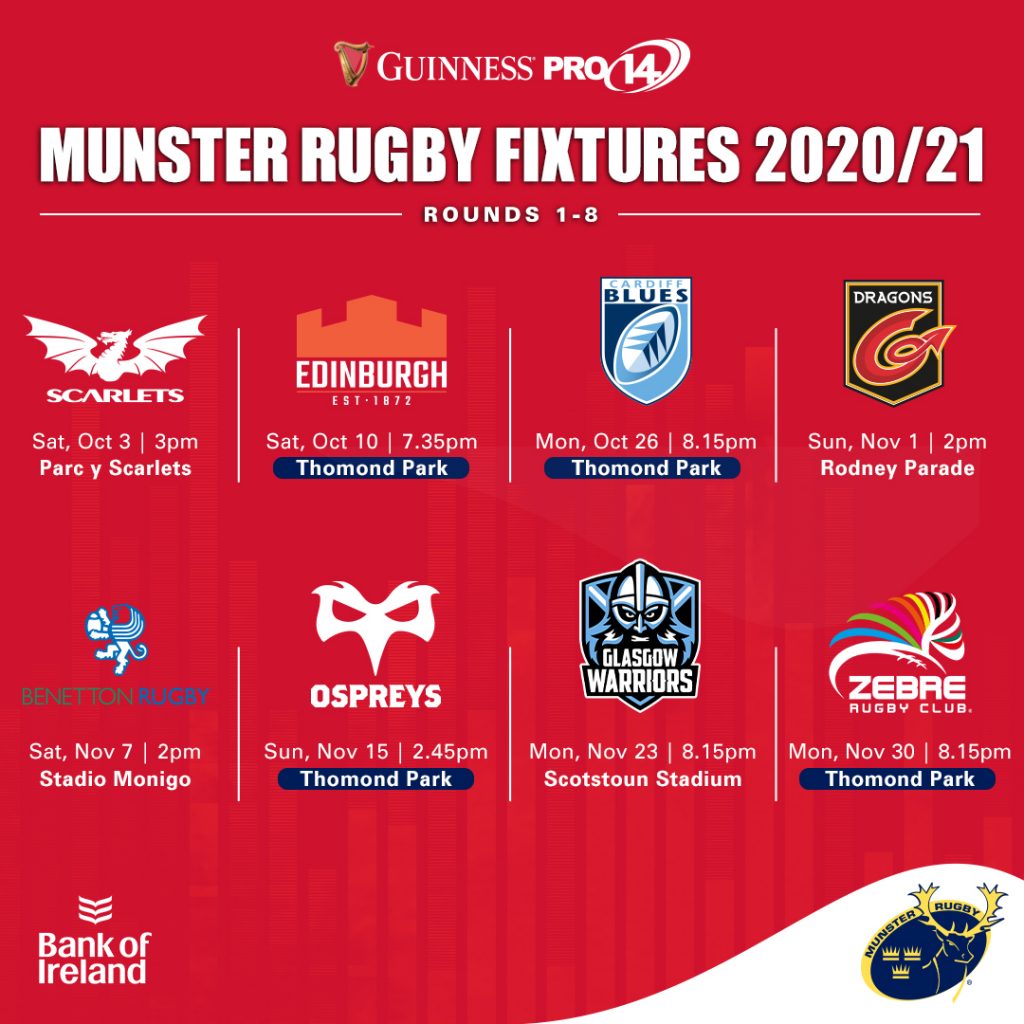 Final details have yet to be confirmed for rounds nine to 11 but Munster are set to host Leinster on the weekend of December 26/27 before away games against Ulster on January 2/3 and Connacht on January 9/10.

The Guinness PRO14 will break new ground as it introduces prime-time Monday Night Rugby to its schedule for the upcoming season.

The first Monday night game will occur in Round 3 when Munster host Cardiff Blues at Thomond Park on October 26 as the Guinness PRO14 enters the week day prime-time market with an 8.15pm kick-off slot.

In total, 14 Monday night fixtures will take place between Rounds 3 and 8 with scheduling aimed at preventing direct clashes with the extended international calendar, allowing fans to put their full support behind club and country.

With the finale of the Guinness Six Nations and the Autumn Nations Cup taking place from October through to early December, the majority of Guinness PRO14 fixtures during this time will take place on Sundays and Mondays. Where possible, Monday night fixtures have been set across two time slots of 6pm and 8.15pm.

Rounds 9, 10 and 11 of the Guinness PRO14 will feature the fierce derby matches across the Ireland, Wales, Scotland and Italy and the scheduling for those games will occur in due course.

Dominic McKay, Chairman of PRO14 Rugby, said: “Thanks to the buy-in and support from our teams and broadcasters we believe we have delivered an innovative solution to the challenges posed to us by the international rugby calendar. Playing on Monday nights provides the Guinness PRO14 with a unique platform in the rugby market and enables us to make the most of playing through such a busy time for our sport.

“The task of assembling these fixtures in such a short space of time have been immense given the parameters involved and I’d like to thank Tournament Director David Jordan and his team for their tireless work to get us to this point.”

Martin Anayi, CEO of PRO14 Rugby, said: “In a time of such uncertainty we are incredibly grateful to our broadcast partners and sponsors for their continued support. No business has been unaffected by the pandemic, but the team spirit and willingness displayed by our broadcasters, our title sponsor Guinness and partners such as Gilbert and Macron is really encouraging. Sport is as important as it ever has been in society, our partners recognise that and are keen to play a vital role in keeping rugby front and centre.”

Full fixtures and kick-off times can be viewed at: www.pro14.rugby/match-centre

The Guinness PRO14 Conferences will remain the same as for the 2019/20 season in keeping with the two-year rotation of the tables. Discussions are under way with the South African Rugby Union to enter a team in place of the Southern Kings in 2021. See full details here.

As a result of travel restrictions to and from South Africa due to Covid-19 restrictions, the first 11 games of the upcoming Guinness PRO14 season will feature European-based teams only. Plans are in place for South African teams to resume playing in 2021, but they will not be able to play a full schedule.

With the pandemic conditions varying across each of our competing territories the full fixture list cannot be published at this point.

Munster A v Connacht A, Thomond Park, 3pm – Subscribe to our Youtube channel here to watch the live stream