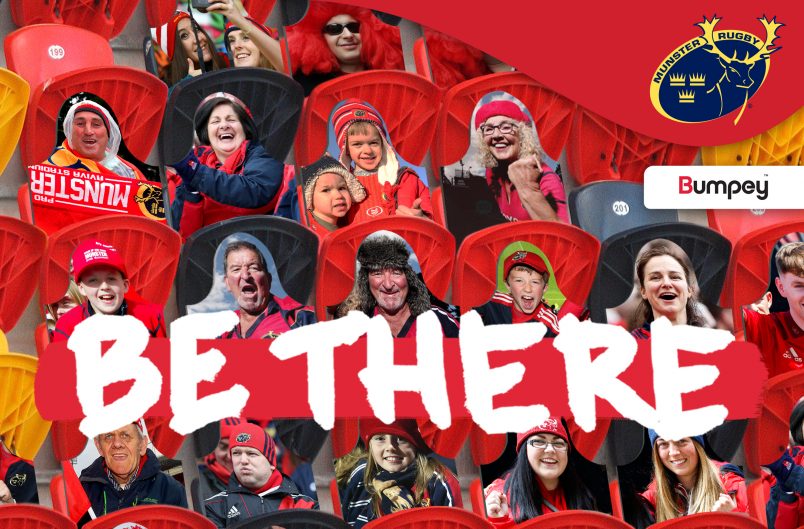 A full Thomond Park awash with red is one of the great sights in world rugby.

We are all counting down the days until we get back into the stadium again, but for now, we can still fill it with familiar faces from near and far.

Munster Rugby are offering supporters the chance to have a cardboard cut-out of themselves in Thomond Park for the opening game of the Guinness PRO14 season.

MRSC members can choose to have the MRSC logo on their image – a badge of honour for those who are always behind the team.

In such an uncertain time for the club, this is a great way for supporters to be there, be part of match day, and to show their support for the team.