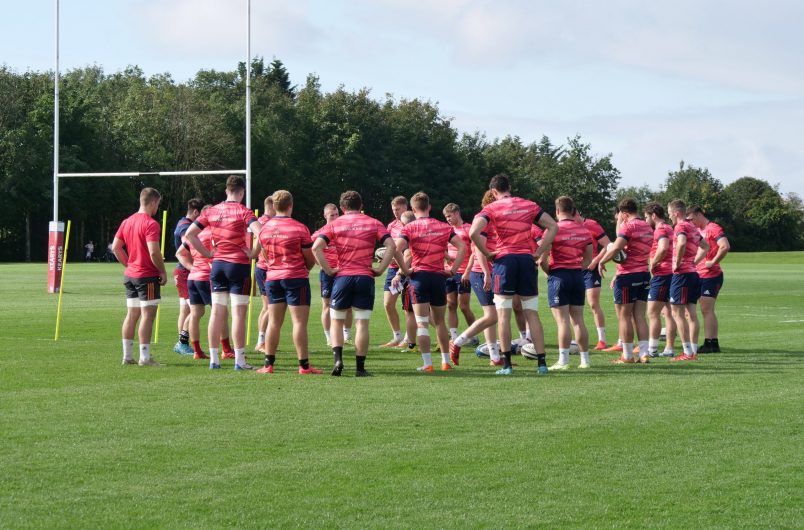 The Munster senior players and Academy squad at the HPC this week. Inpho

We spoke to Greencore Munster Rugby Academy Lead Athletic Development Coach Ged McNamara ahead of Saturday afternoon’s ‘A’ Interpro between Munster and Connacht at the Sportsground (2pm).

The game was initially announced for a 2.30pm start but kick-off has been moved to 2pm.

Ged spoke to us about the Academy schedule since the return to rugby as the Academy trained separately at Thomond Park with some players training with the senior squad at the HPC.

The full Academy squad joined senior training at the HPC on Monday ahead of Saturday’s game with a mix of senior players and Academy players set to feature in the clash.

Saturday’s game is the first of an Interpro double-header with Munster A hosting the western province at Thomond Park on the following Saturday.