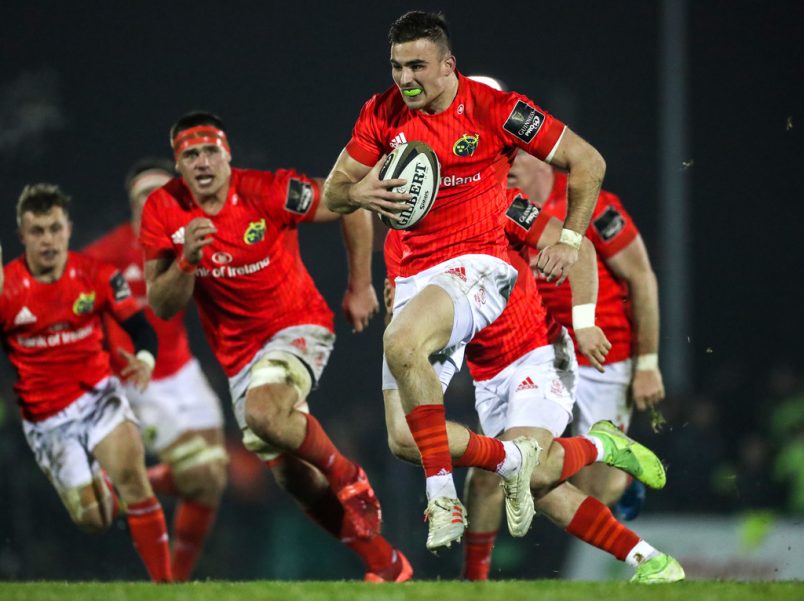 Shane Daly on the charge against Connacht at the Sportsground. Inpho

The campaign saw Munster edged out of the Champions Cup at the group stage by Saracens and Racing 92 with Leinster continuing their unbeaten run to the Guinness PRO14 final last week.

Billy Holland has now made 230 appearances for Munster and has the fourth most appearances in the province’s history. Stephen Archer surpassed the 200-cap mark against Edinburgh in November and is eighth on the list with 211 appearances.

Keith Earls has now scored 57 tries and is three behind Simon Zebo’s all-time record of 60 Munster tries with Andrew Conway moving up to third on the list with 46 tries.

51 players lined out for Munster in the Guinness PRO14 and Champions Cup this season.

JJ Hanrahan ended the season as Munster’s top points-scorer with one try and 166 points off the tee for a total of 171.

The out-half also won the Guinness PRO14 Golden Boot award for the second time having also earned the accolade in 2013.