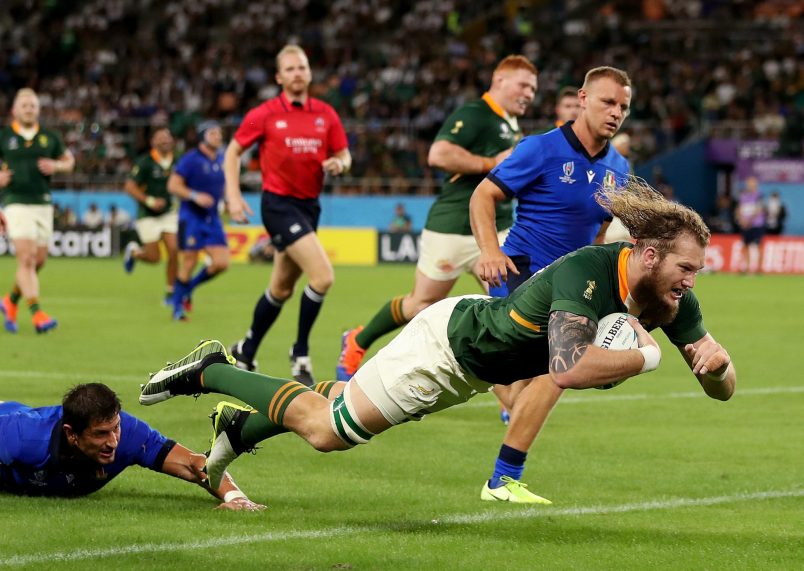 RG Snyman dives over to score against Italy at the 2019 Rugby World Cup. Getty Images

2019 Rugby World Cup winners Damian de Allende and RG Snyman will meet up with the Munster squad next week after joining the province from Japanese sides Panasonic Wild Knights and Honda Heat respectively.

See player profiles for the nine additions to our senior squad here.

His attacking form was matched by a physical defensive display as he made his presence felt at every stage with a huge work rate from midfield.

From Cape Town, the 28-year-old has made 47 appearances for the Springboks, scoring six tries.

He previously lined out for the Stormers and was voted South African Super Rugby Player of the Year in 2015.

25-year-old Snyman featured in every game of South Africa’s successful World Cup campaign, producing a man of the match performance against Canada.

The imposing lock is highly regarded for his athleticism, ball handling skills and towering presence in the lineout.

A product of the Bulls, he has made 23 appearances for South Africa.