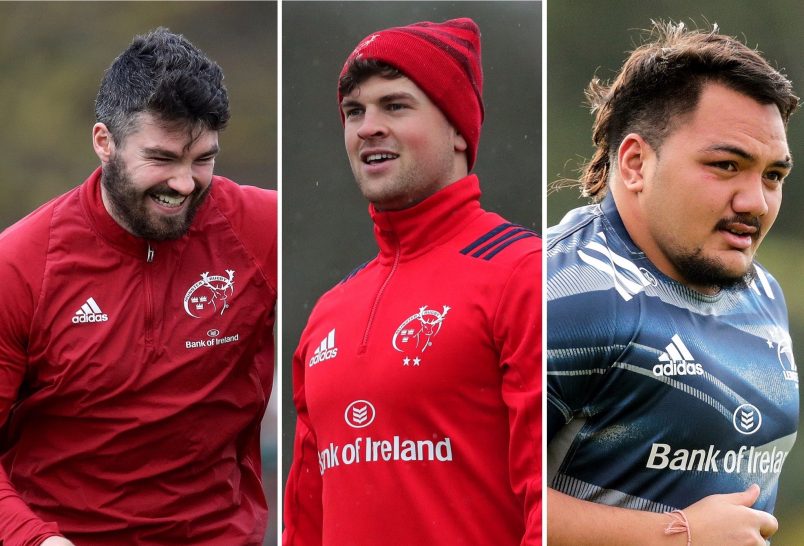 Munster Rugby can confirm that Sammy Arnold and Conor Oliver are departing the province next month as tighthead prop Roman Salanoa joins the senior squad.

Arnold and Oliver have signed for Connacht with prop Salanoa joining from Leinster on a two-year deal.

Centre Arnold scored eight tries in 44 appearances after joining from Ulster in 2016 and was a British and Irish Cup winner with Munster A in 2018.

After an injury-hit first year, Arnold established himself in the senior squad in November 2017 and made his Champions Cup debut for Munster against Leicester Tigers the following month.

He finished the campaign with 18 appearances and was named Munster Young Player of the Year for the campaign.

Continued to impress the following year and made his Ireland debut against the USA in November 2018 along with making a further 16 appearances for the province.

The 24-year-old featured nine times for Munster this season.

Back-row Oliver scored four tries in 28 appearances since making his debut as an Academy player against Glasgow in February 2016.

2016/17 was a breakthrough season for Oliver with four tries in 15 appearances earning him the 2017 Greencore Munster Rugby Academy Player of the Year award.

He played a starring role in Munster A’s 2018 British and Irish Cup-winning campaign.

Since progressing to the senior squad in 2018, Oliver’s progress has unfortunately been hampered as injuries have limited his playing opportunities.

Commenting on the player departures, Head Coach Johann van Graan said: “I would like to thank Conor and Sammy for everything they have done for Munster Rugby.

“As two young hugely talented players they both have very bright futures ahead and we wish them every success.”

He progressed into the Leinster Academy in 2018, and the 22-year-old has made three Guinness PRO14 appearances this season.

Speaking about the province’s latest signing, van Graan added: “We are delighted to add to our tighthead options with the signing of Roman.

“He is an exciting prospect and we look forward to welcoming him to the province.”