“It’s Another Game, Isn’t It?” Earls, Murray & O’Mahony Look Ahead To All Blacks 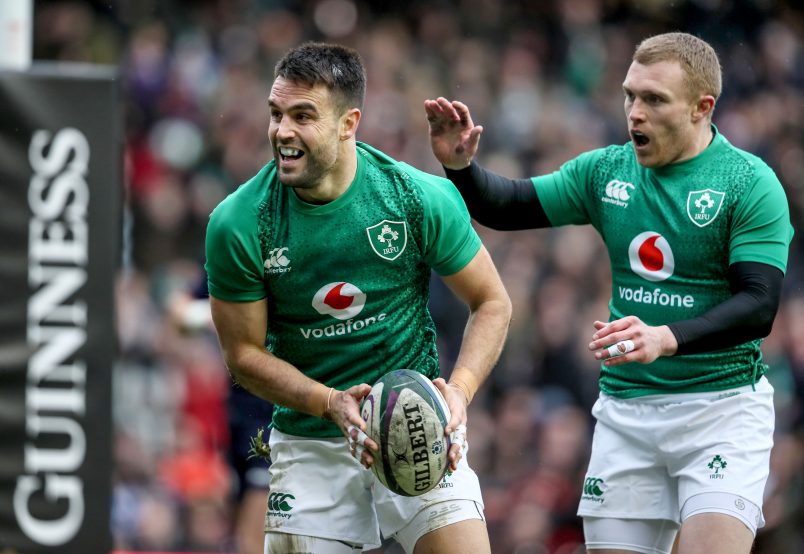 Ireland face World Champions New Zealand in Tokyo on Saturday in the World Cup quarter-finals bidding to become the first Irish side to reach a semi-final of the competition (11.15am Irish time).

Joe Schmidt’s side earned a place in the last eight after finishing second in Pool A ahead of Scotland, Samoa and Russia but behind hosts Japan.

Eight Munster players have been named in the squad for the All Blacks clash as Keith Earls, Conor Murray, Peter O’Mahony and CJ Stander all start with Niall Scannell, Dave Kilcoyne, Tadhg Beirne and Joey Carbery among the replacements.

Earls, Murray and O’Mahony all spoke to the media this week ahead of the clash and gave their thoughts ahead of the knockout encounter.

“It’s my third World Cup and that probably all comes with experience. I’m really enjoying this week, I’m a bit more relaxed. It’s another game, isn’t it?

“It’s just against the reigning world champions and it’s going to be a massive challenge but if we’re to test ourselves and want to go on to achieve great things, we’re going to have to play them at some stage.

“Back in 2011, I probably would have changed something during the week, something ridiculous like changing my diet or changing my routine or trying to get it better. Now I have a good routine and I prefer to be way more relaxed.

“I think that comes from doing all of my homework, looking at our detail, looking at their plays. The biggest thing is if you prepare as well as you can and can look yourself in a mirror after a game, that’s all you can do. Win, lose or draw, it doesn’t matter if you can do that.”

“I think now we’re a lot more open-minded, it’s alright for fellas to be nervous. If you’re not nervous, there’s something wrong with you. Nerves are good because it means you care, it’s trying to use those nerves as a positive rather than a negative.

“I’d be open if they [younger players] come up and ask me any questions about it, I’d have no problem telling me them about my experiences in the past.” 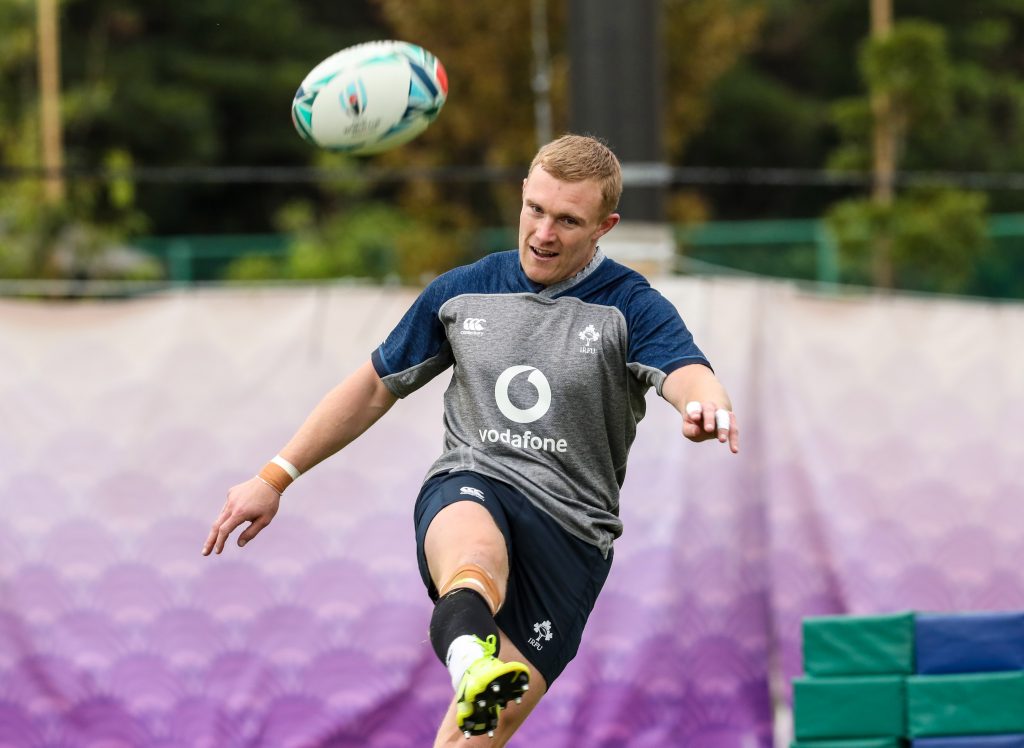 Keith Earls at training on Thursday.

“I remember the French game, the last group game a couple of years ago [in 2015], I felt violently ill all week going into it. It was ridiculous. After that game, I said to myself I’d never leave myself get to that stage again.

“My wife thought I was going to have a heart attack with the state I was in and I’ve learned to deal with that.”

“We all know it’s going to be a massive challenge, but in the back of our heads, the aura they bring, we’re not going to be scared of that.

“We know it’s going to be a huge challenge but we know that if we get things right we are capable of beating them.”

“With the record we had against New Zealand up to that point (2016), there was always that doubt – how do you get past that roadblock that is beating the All Blacks.

“You have a certain amount of confidence, then, by just getting past that roadblock. That’s how I’d describe it.

“It’s a massive boost of confidence, it shows you that they’re human.

“It just gives you that massive self-belief that you might have been restricted by the record that was there, that we hadn’t beaten them.

“To go on and do it again with the Lions in New Zealand and then, obviously, for the majority of the squad to do it in November, it just gives you that extra kind of purpose and that reason to feel good about yourselves.

“I’m really excited about this game, I think there’s just a sense that you want to go out and perform as well as you can. These are really rare occasions that you get to do this, especially against the All Blacks in a World Cup.

“We need to have a good bit of confidence about us, because we’ve done it before. A majority of lads have done it in the green of Ireland.

“You just don’t want to be restricted, you want to just go for it. 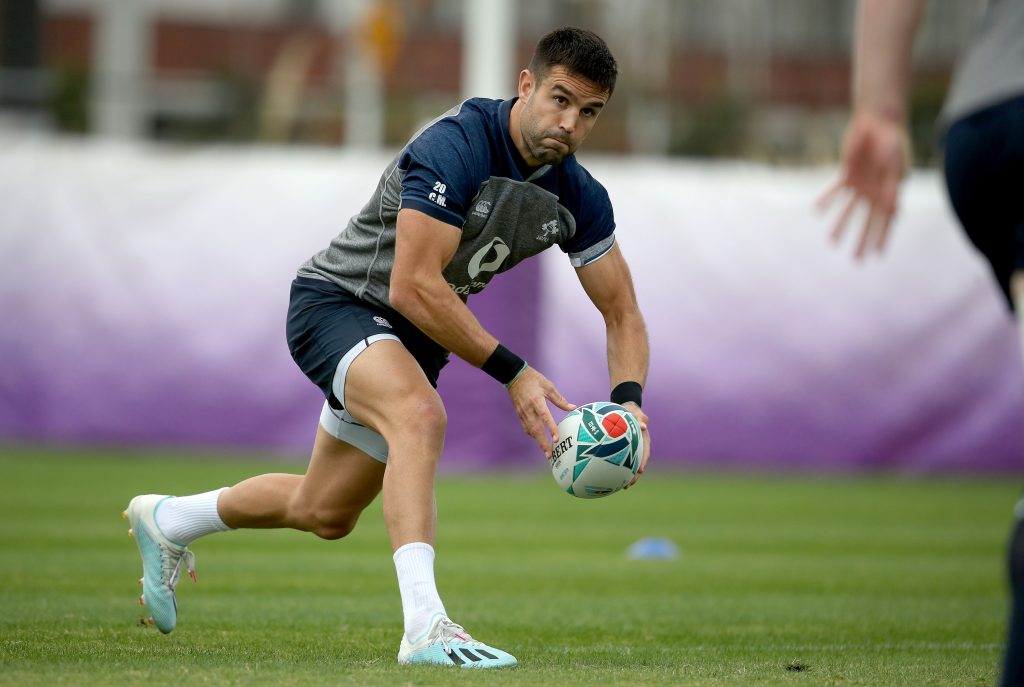 Conor Murray at training on Thursday.

“Throughout the last four or so years, the confidence levels have been pretty steady. You look back at the history of this team, we have been there and done it against big opposition and I think that’s really exciting.

“It’s unusual for an Irish team to say that. I think over the last four or five years, we have kind of earned the right to feel like that at times.

“We’re used to these big weeks against big teams and we’ve created little bits of history along the way against different opposition.

“We know if we perform well, we’ll be there or thereabouts.”

“We know it [a big performance] is always potentially there, it’s just drawing it out of us. 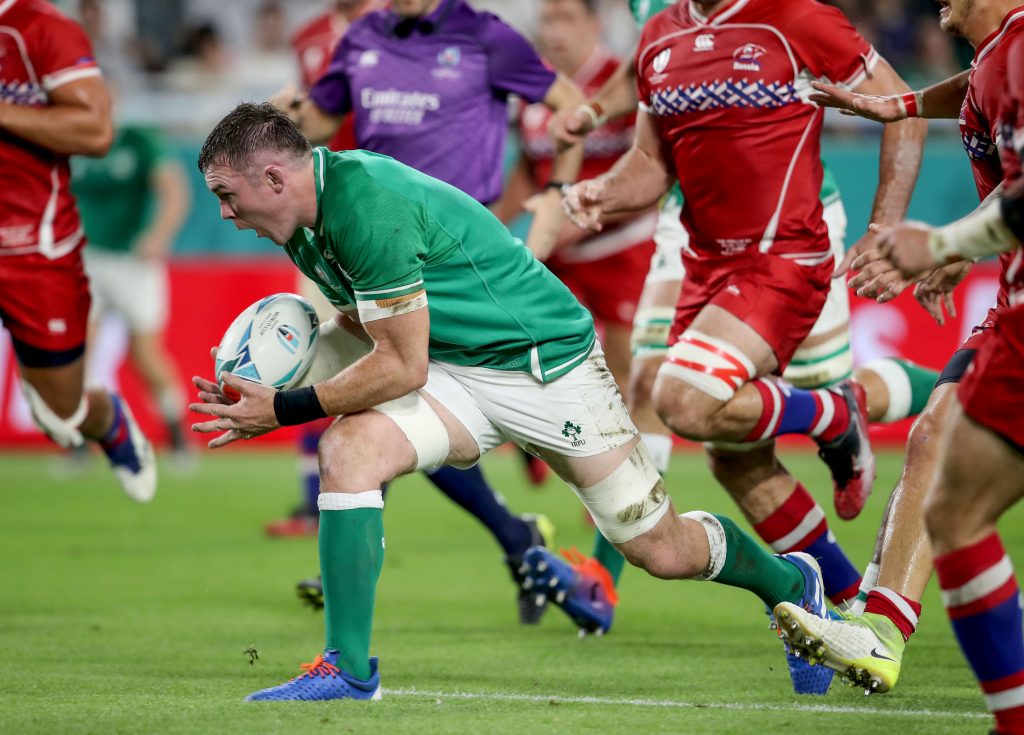 Peter O’Mahony in action against Russia.

“And that starts with us getting ourselves right, sorted in training. It’s the biggest week of an Irish rugby player’s career.

“We’re going to need to top any of the performances we’ve put in over the last few years to beat them.

“I think their attack is a step above, their counter-attack play, their ability to get momentum.

“Their ability to have guys who play, that are hugely physical but have a lovely bit of football and touch in them as well, that combination of backs and forwards.

“Look, it comes down to 80 minutes and that’s what we’ll be certainly focused on, a performance that we can be very proud of after we finish up.”

Picture This To Perform At Irish Independent Park