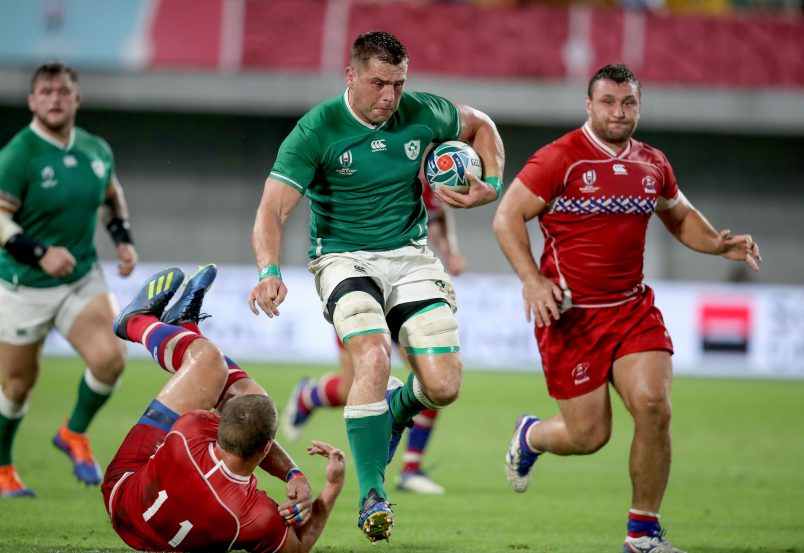 CJ Stander starts at no.8 for Ireland. Inpho

The Ireland team to play Samoa in the final game of Pool A in Fukuoka has been named with 10 Munster players included in the squad.

Robbie Henshaw returns to the starting line up for the first time since the pre-tournament win over Wales. Henshaw is partnered in the centre by Bundee Aki.

Jonathan Sexton and Conor Murray form a familiar and experienced half back partnership while in the back three Jordan Larmour is at full-back with Keith Earls, who won his 80th cap last time out, and Jacob Stockdale on the wings.

Rory Best returns to captain the team and he is joined in the front row by Cian Healy and Tadhg Furlong.

Iain Henderson and James Ryan are again partnered in the second row while the back-row sees CJ Stander at No. 8 with Tadhg Beirne starting on the blindside flank and Josh van der Flier named at openside.

Niall Scannell, David Kilcoyne and Andrew Porter are the replacement front rows while Jean Kleyn and Peter O’Mahony will cover lock and back row.

Joey Carbery is included in the replacements after a late withdrawal against Russia. Luke McGrath and Andrew Conway complete the backline cover.