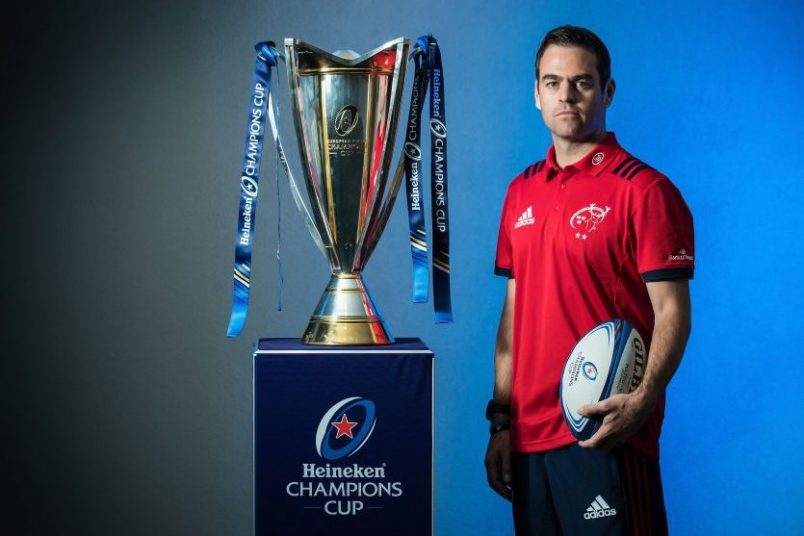 The Pool draw for the 2019/20 Champions Cup took place in Switzerland today with Munster drawn in Pool 4 along with Saracens, Racing 92 and Ospreys.

Premiership champions Saracens have won the competition three times in the last four seasons, Racing have qualified for two of the last four Champions Cup finals and Ospreys were the leading Welsh side in the Guinness PRO14 last season.

A huge challenge awaits as the province look to extend their record of qualifying for the knockout stages more than any other side – Munster have qualified for 18 quarter-finals, winning 14 of those.

Speaking following today’s draw, Munster Head Coach Johann van Graan said: “This Pool is full of top quality sides and it will be a massive challenge.

“Saracens have just completed the double after winning the Champions Cup and the Premiership and everyone knows how strong they are.

“Munster and Racing have faced each other quite a few times in recent years, they are a side that have so many talented players in every position and have reached the final of the competition twice in the last four seasons.

“Ospreys are another quality outfit we know really well from the PRO14, they won more games than any other Welsh side in the league last year and showed how much the Champions Cup means to them with their excellent play-off win over Scarlets last month.

“It’s such a tough draw but that’s why it’s called the Champions Cup and that’s why we want to be in this competition, it will be a very exciting challenge for us and it is one that we are looking forward to.”

Fixture details will be announced by the EPCR in due course with the Champions Cup weekends for the 2019/20 season detailed below.

Guarantee your place at all three home Pool games with a Munster Rugby Season Ticket!

Season Tickets and MRSC membership can be purchased from the Munster Rugby Ticket Offices in Thomond Park and Irish Independent Park, online here, or by calling 021 4323737.