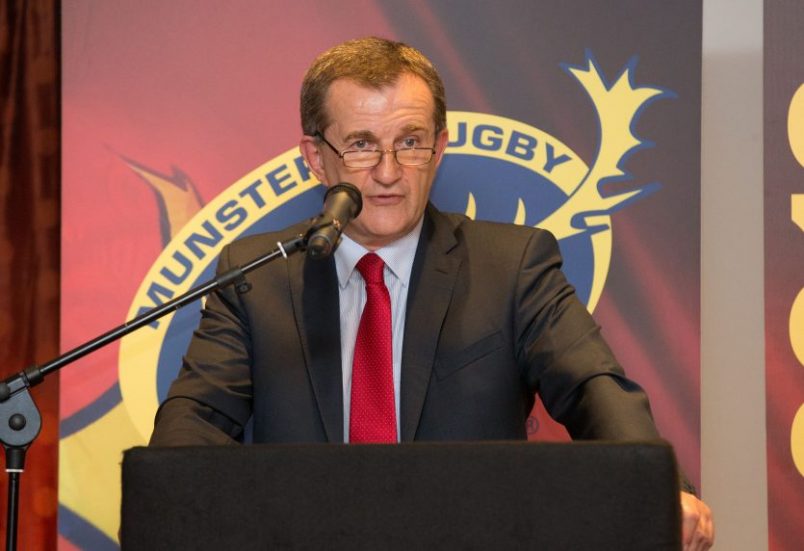 Munster Rugby Chief Executive Garrett Fitzgerald will be honoured at the Irish Sports Industry Awards tonight for his outstanding contribution to Irish sport over the course of his career.

Munster Rugby Chief Executive Garrett Fitzgerald will be honoured at the Irish Sports Industry Awards tonight for his outstanding contribution to Irish sport over the course of his career.

Fitzgerald, who is currently out on medical leave, was appointed CEO of Munster Rugby in 1999, and is the longest serving provincial chief executive in Irish rugby.

During this time, Fitzgerald has overseen the growth of the Munster brand in Ireland and overseas, and the redevelopment of both Thomond Park and Irish Independent Park. He also played a central role in developing Munster Rugby’s new world-class High Performance Centre at the University of Limerick.

Fitzgerald has led the organisation through some of the most successful years on the pitch. He has also negotiated some of the biggest sports sponsorship contracts in Irish sport, with leading brands including Adidas, Bank of Ireland, Lifestyle Sports and the Irish Independent.

The Irish Sports Industry Awards are hosted on an annual basis by the Federation of Irish Sport. Munster’s Rugby High Performance Leadership Programme has also been nominated for Best sporting innovation of the year.

Speaking in advance of the awards, Federation of Irish Sport CEO Mary O’Connor, said: “Sport is a key pillar of the Irish economy and Irish society. It is worth €2.4 billion to the Irish Exchequer and supports more than 40,000 full time jobs. The Irish Sports Industry Awards were established to highlight the impact sport has on the Irish economy.

“Irish sport is in rude health right now. The corporate community invested €140 million in sports sponsorship in 2018 and the Irish Government has recently pledged to double its investment in sport from €111 million annually to €222 million annually over the next ten years. It is important this investment is delivered upon, as it will in turn help improve sporting infrastructures and grow participation rates, which will in turn create further opportunities for corporate investment, sponsorship and collaboration.

“Finally, we are delighted to honour Munster Rugby’s Garrett Fitzgerald with the Federation of Irish Sport’s ‘Outstanding Contribution’ award. In his time as CEO of Munster Rugby, he has transformed the organisation from a newly professionalised representative team into one of the most successful, recognisable and best supported professional rugby franchises in Europe. The success of Munster Rugby on and off the pitch has proven a key catalyst in the recent success of Irish rugby at all levels and set a new benchmark for professionalism and innovation in Irish sport.”