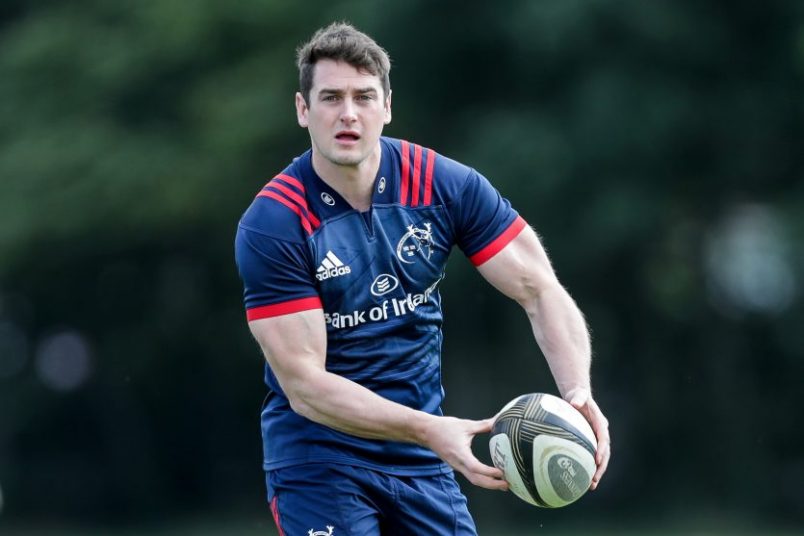 After making 70 appearances for the province, Ronan O'Mahony has been forced to call it a day.

Munster Rugby can today confirm that Ronan O’Mahony will retire from professional rugby with immediate effect.

Munster Rugby can today confirm that Ronan O’Mahony will retire from professional rugby with immediate effect.

The winger who sustained a broken leg and dislocated ankle when playing against Treviso in April 2017 has been advised to retire from professional rugby on medical grounds.

Commenting on the announcement O’Mahony said, “I’m heartbroken to be finishing my career earlier that I had expected. The last two years have been pretty tough since initially breaking my leg, and ultimately the injury has made it impossible for me to continue.

“I take great confidence in knowing the medical team and I have given everything to this and we have done everything possible in looking to regain full fitness. However, it’s a battle that I’m not going to win and as such I have been forced to call it a day.

“Growing up in Limerick, it was a dream of mine to play for Munster and now to look back over my 20’s and realise what I’ve achieved I’m extremely grateful for every opportunity I had in the red jersey.

“I look back on it all with fantastic memories, from my early days of togging out in Garryowen, to my school days in Castletroy College, and finally the pathway all the way up through the Munster system. Running out at my home ground of Thomond Park, playing in front of family and friends, and representing the people of Munster has meant everything to me.

“To everyone who has helped me along the way, my family and friends, girlfriend, coaches, teammates and supporters, I can’t thank you enough.

“I’ve been a Munster man all my life, and as a proud Munster man I look forward to supporting the club from the stands.”

O’Mahony, who turns 30 next month, made 70 appearances for the province after making his debut against Dragons at Rodney Parade in April 2013. He went on to make his European debut against Saracens in January 2015. In scoring 21 tries he was the leading joint try-scorer for the 2016/17 season with 11 tries, crossing the whitewash in Munster’s historic win over the Maori All Blacks in Thomond Park.

A Munster Rugby academy graduate he was a product of the development pathway after first playing with Garryowen FC and Castletroy College and progressed through the age-grade ranks at provincial and Irish level.

Munster A Beaten By Leinster A In Cara Cup Thriller