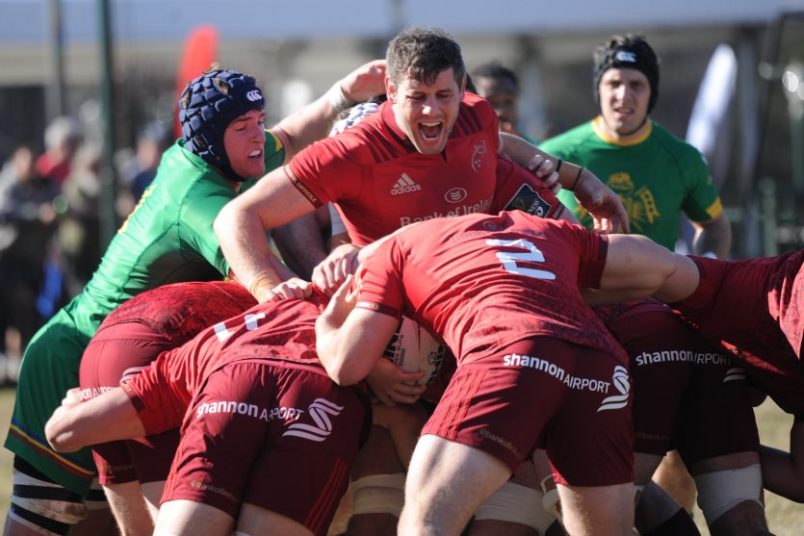 Munster A opened their Cara Cup campaign with a 38-19 win against the New England Free Jacks on Saturday afternoon at the Irish Cultural Centre in Canton, Massachusetts.

There was one change to the replacements with Old Crescent’s Cian Reale taking the place of Young Munster’s Paddy Kelly who was ruled out due to illness.

Despite an early converted try from the home side Munster A responded with four tries before the break. The tries cames from Alan Tynan, Alex Wootton, Gavin Coombes and captain Duncan Williams.

Ben Healy kicked two conversions to give a half-time scoreline of 7-24.

Five minutes into the second half the lead was extended further with a Sean O’Connor converted try.

However, the Free Jacks continued to rally and crossed twice over a 10-minute period, converting their second with 20 minutes to go.

Munster A had the final say with replacement James McCarthy scoring in the last minute, and with James Hart taking over the kicking duties it finished 19-38.

The Cara Cup continues with Munster A taking on Leinster A at Union Point Sports Complex in Weymouth, Massachusetts on Wednesday.