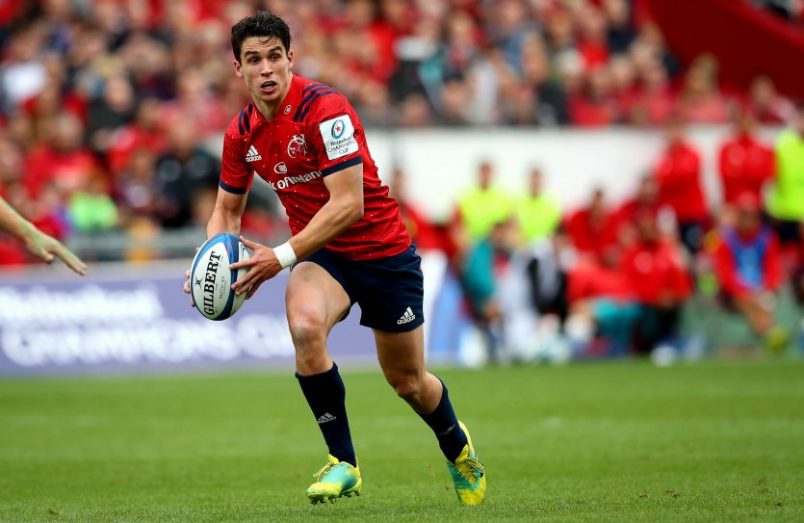 Joey Carbery has signed a contract extension at Munster.

Munster Rugby and the IRFU are pleased to confirm Joey Carbery has signed a two-year contract extension that will see him remain with the province until June 2022.

The 23-year-old out-half joined Munster on a two-year deal last summer and after settling in from the off now puts pen to paper for a further two years with the province.

Scoring 143 points in 13 appearances, the young playmaker is the Champions Cup top-scorer so far this season with 68 points in the pool stages and he also leads the way in the Guinness PRO14’s Golden Boot standings with an 87% success rate off the tee.

On the international front, Carbery has made six appearances for Ireland this season to bring his international tally to 18 caps.

A further positive sees Head Coach Johann van Graan boost his scrum-half options ahead of the World Cup period with Alby Mathewson remaining with the province until the end of November.