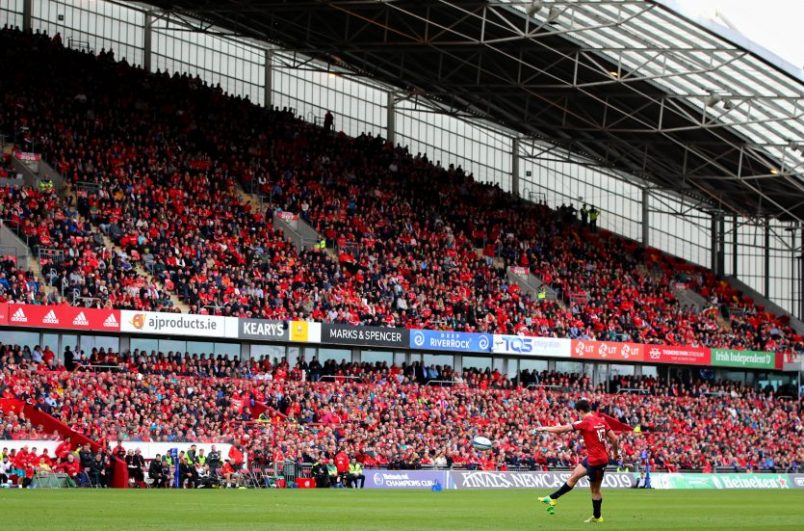 Tickets for Munster’s final three home games of 2018 are available with Champions Cup rugby returning to Thomond Park in less than three weeks.

Tickets for Munster’s final three home games of 2018 are available with Champions Cup rugby returning to Thomond Park in less than three weeks.

French champions Castres visit Thomond Park on Sunday, December 9 at 1pm in the first game of a double-header.

The clash will see the top two sides in Pool 2 of the Champions Cup collide with Munster on seven points after two games with Castres on five points.

The clash is followed by a home game against Edinburgh at Irish Independent Park for Friday Night Lights in the Guinness PRO14 on November 30 (7.35pm).

The last time Munster and Edinburgh faced off was in the PRO14 semi-final qualifier at Thomond Park in May with Munster securing a narrow 20-16 victory.

Tickets all of Munster’s home games are available online here.