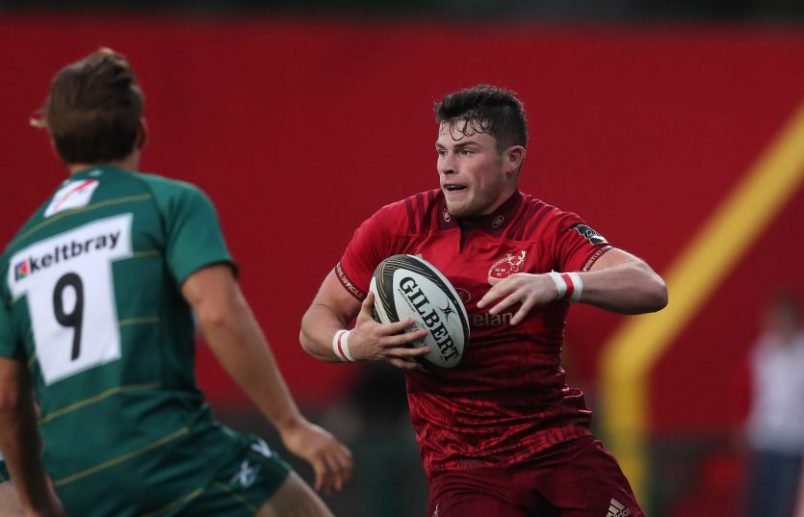 Munster take on Exeter Chiefs for the first time on Friday night at Irish Independent Park in the Kearys Renault Series 2018 (7.30pm) with the matchday squad to be announced by Head Coach Johann van Graan on Thursday.

Munster take on Exeter Chiefs for the first time on Friday night at Irish Independent Park in the Kearys Renault Series 2018 (7.30pm) with the matchday squad to be announced by Head Coach Johann van Graan on Thursday.

Exeter, who Munster will also face in Pool 2 of the Champions Cup, have been one of England’s top sides over the last number of years and have been Premiership finalists in the last three seasons, winning the competition in 2016/17.

The game will be Munster’s final pre-season clash before the Guinness PRO14 opener against Cheetahs at Thomond Park on Saturday, September 1, at 5.15pm. Buy tickets for that clash here.

Last week saw a 30-man Munster squad emerge with a 32-28 win over London Irish in the first game at the newly-installed modified 3G pitch at Irish Independent Park.

There were no injury concerns following that victory with the latest Squad Update here.

The game is also Exeter’s final warm-up game ahead of their Premiership opener at home to the Leicester Tigers on Saturday week with the English club expected to field a strong side in Cork.

Director of Rugby Rob Baxter saw his side play two fixtures last weekend with the Chiefs suffering a 29-21 defeat to the Cornish Pirates on Friday before recording an impressive 38-10 win over Cardiff Blues on Saturday.

Speaking ahead of Friday night’s clash, Exeter Chiefs full-back Phil Dollman told the club’s offical website: “Going over there next week we know will be tough, they are a quality outfit with some very good players, but hopefully we can go their match their levels, impose our game on them and look to push on.

“Last season was another good year for us, but we have to look to build on that. We did well, finishing clear of all the others at the end of the normal season, and we want to replicate that at the very least.”

*Junior tickets can only be purchased with an adult ticket.

Student tickets are available for the same price as Junior tickets and can only be purchased in person at our ticket offices. You will need a valid student ID card at time of purchase and to enter the ground on matchday.