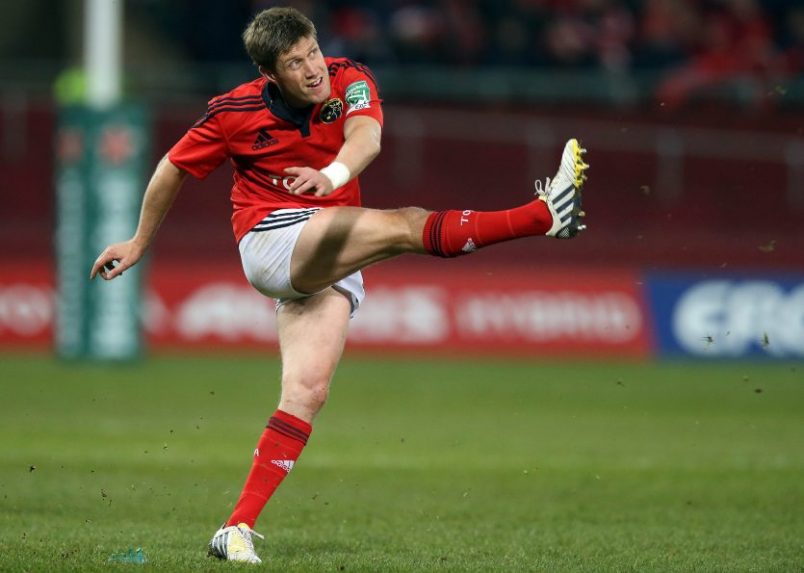 The World Rugby Hall of Fame, presented by Tudor, recognises those who have made an outstanding contribution to the game of rugby throughout their careers, while also demonstrating rugby’s character-building values of integrity, passion, solidarity, discipline and respect.

This year’s inductees will be honoured at a special ceremony in Rugby, England on Wednesday, September 12. The ceremony will be held at the state-of-the-art physical home of the Hall of Fame, which celebrates the inspirational journey of the game from its humble origins to its global present, played by millions of men, women and children.

Ronan O’Gara, Pierre Villepreux, Bryan Williams and Liza Burgess will attend the prestigious event, which will celebrate their careers and contributions to the game. Stephen Larkham, due to his involvement in The Rugby Championship, will receive his accolade at a special ceremony next Friday in Sydney, the day before Australia’s Bledisloe Cup opener with New Zealand. These five inductees bring the total in the Hall of Fame to 142 since it began in 2006.

World Rugby Chairman and Hall of Fame inductee Bill Beaumont said: “The World Rugby Hall of Fame importantly acknowledges and celebrates the true legends of the game, celebrating those who have made outstanding contributions throughout their careers while embodying rugby’s values.

“On behalf of the rugby family we would like to congratulate this year’s five new inductees, Stephen Larkham, Ronan O’Gara, Pierre Villepreux, Byran Williams and Liza Burgess, as they are recognised and honoured for their immense contributions to rugby.

“Each have left their mark on the sport and through their achievements and character, inspired millions to play and support rugby worldwide, and we look forward to honouring them in the coming weeks.”

Fellow World Rugby Hall of Fame inductee and Chairman of the Hall of Fame panel, John Eales, added: “It is an honour to recognise the contribution of our newest inductees who, over different eras, have inspired generations of rugby players and supporters. Through their induction, they represent the many thousands of men and women who have made our game great.”

For more on the World Rugby Hall of Fame, click here.

One of the best goal-kickers and game-controlling out-halves of his era, Ronan O’Gara is still Ireland’s leading point scorer and the top point scorer in the history of the European Cup by some distance.

Perhaps his most notable moment in a green jersey was the crucial drop goal which brought Ireland a 17-15 win over Wales and the 2009 Six Nations Grand Slam – Ireland’s first for 61 years. When he finally called time on his Irish career he was the sixth most-capped player in international rugby.

The San Diego-born back is a Corkman through and through, making his Munster debut in 1997 and then helping his beloved province to two hugely memorable Heineken Cup titles in 2006 and 2008.

A superb reader of the game, a move into coaching was the natural course of action for O’Gara once he hung up his boots. After four years as an assistant coach at Racing 92, whom he helped win the Top 14 in 2016, he left Paris at the end of 2017 to take on a similar role with New Zealand’s Crusaders who retained their Super Rugby crown last weekend.

Countdown On For Kearys Renault Series 2018