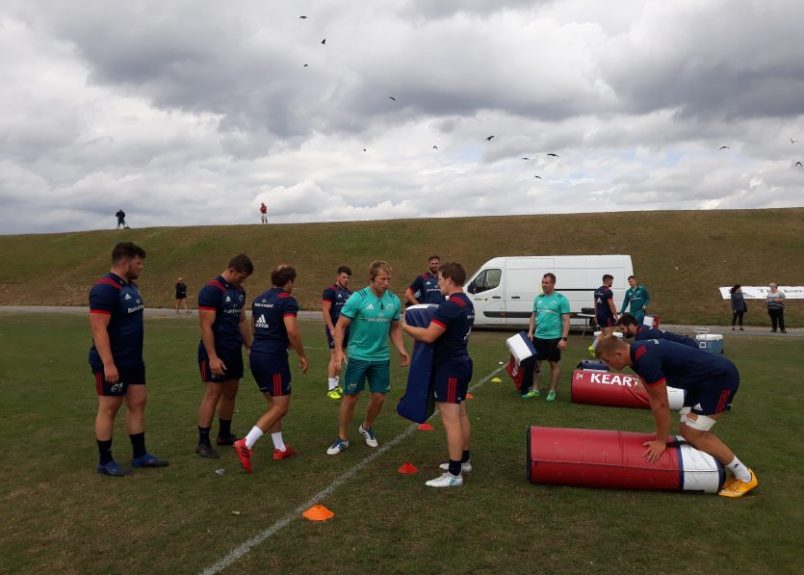 The Munster Rugby squad returned to pre-season training at the High Performance Centre in Limerick yesterday after a three-day break.

Nine of the province’s Ireland internationals are set to begin their pre-season programmes on Monday.

The bulk of the squad started Munster’s pre-season programme four weeks ago and were given some hard-earned downtime from Monday to Wednesday before returning to their season preparations yesterday.

There are now just three weeks until the first game in the Kearys Renault Series 2018 as the season draws closer.

New signings Arno Botha, Mike Haley and Neil Cronin have integrated into the squad and will be joined by fellow new faces Tadhg Beirne and Joey Carbery on Monday after their international exploits in Australia last month.

The EPCR are expecting to be in a position to confirm the Heineken Champions Cup fixtures within the next two weeks with Munster in Pool 2 with Castres Olympique, Exeter Chiefs and Gloucester.