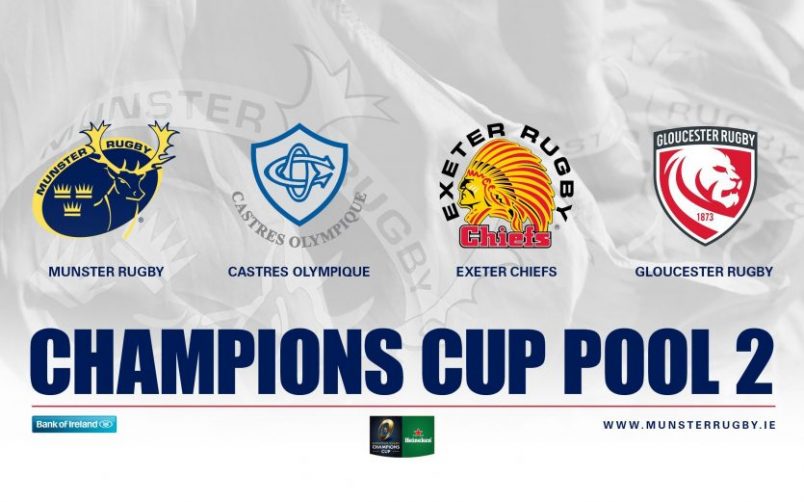 Munster's Champions Cup fixtures will be released at noon tomorrow.

The draw for the Heineken Champions Cup was made in Lausanne, Switzerland today and Munster were drawn with Castres Olympique, Exeter Chiefs and Gloucester.

The draw for the Heineken Champions Cup was made in Lausanne, Switzerland today and Munster were drawn with Castres Olympique, Exeter Chiefs and Gloucester.

Castres enter the competition as the French champions having defeated Montpellier 29-13 in the Top 14 final last month. Munster also faced the French side in last year’s competition and drew away before beating Castres at Thomond Park.

Exeter Chiefs were Premiership winners in 2016/17 and runners-up last year and will visit Thomond Park for the first time. The Devon club visit Irish Independent Park for a pre-season game on Friday, August 24 (7.30pm).

Gloucester, bolstered by the signing of Gerbrandt Grobler from Munster this summer, very nearly claimed the Challenge Cup last season but lost out to the Cardiff Blues in a thrilling final.

See the key fixture dates below with specific fixture details to be announced in the coming weeks.