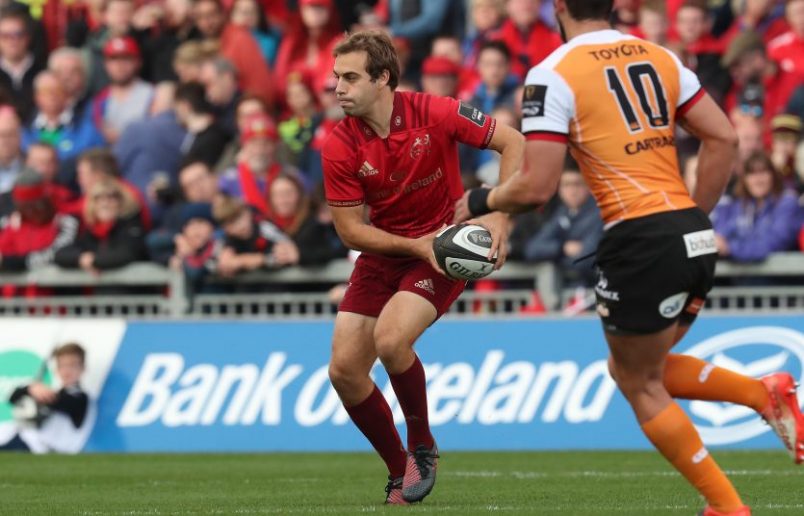 James Hart in action against the Cheetahs in September.

Only six points separate the sides in Conference A with just two games remaining so a defeat for Munster would mean that the clash against Ulster in two weeks will be a must-win game if the province are to secure a home semi-final qualifier next month.

It is set to be a daunting task for Johann van Graan’s side with the Cheetahs only losing once at home all season.

The South African side are also in a rich vein of form having won their last three matches, against Connacht, Dragons and Blues, as they look to win four-in-a-row for the first time since the 2013 Super Rugby campaign.

A win for Munster will see them become the only side to defeat both of the South African teams in South Africa having earned a 39-22 victory over Southern Kings in George last weekend thanks to an impressive comeback.

The visitors recovered from a 15-3 deficit to record a convincing win with try-scoring replacement Dave Kilcoyne awarded Man of the Match on his 150th appearance for the province. CJ Stander, who captained Munster in his hometown the day after his 28th birthday, also scored and was given a standing ovation when he departed late on with Niall Scannell, Calvin Nash, Dan Goggin and Rhys Marshall also touching down.

The two sides have met just once before with Munster winning 51-18 in Thomond Park last September. Man of the Match Alex Wootton bagged no less than four tries that day with Tommy O’Donnell, Jean Kleyn, Chris Farrell and Simon Zebo also on the mark.