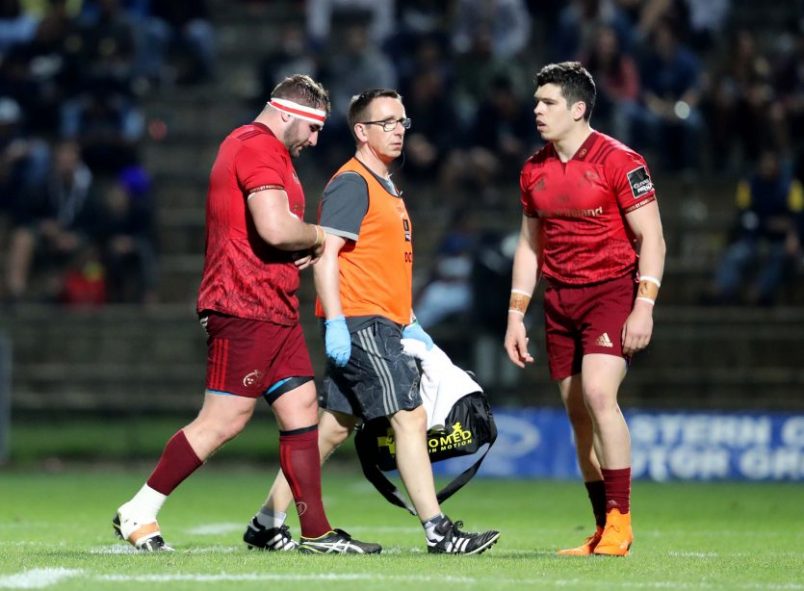 The Munster squad have returned to Cape Town with preparations now beginning for our round 20 Conference A clash against Cheetahs on Friday night (7.35pm local/6.35pm Irish time, live on Sky Sports).

Training will take place in Cape Town in the coming days with the squad setting off for Bloemfontein on Thursday.

On the injury front, James Cronin sustained a stinger/shoulder injury against the Southern Kings on Saturday night and will take part in non-contact training today under the supervision of the medical team.

Academy player Shane Daly was on international duty at the weekend while a number of senior and Greencore Munster Academy players were in All Ireland League action.

Cork Constitution’s Daly helped Ireland into the semi-finals of the World Rugby Sevens Series Qualifier in Hong Kong where they lost to a last-minute Japan try.

In Division 1A of the All Ireland League, Academy players Alex McHenry and Vincent O’Brien both touched down in Cork Constitution’s 30-27 win over Terenure College at Temple Hill as the hosts moved up to second in the league.

Senior man Bill Johnston and Academy players Liam Coombes and Sean O’Connor all started for fourth-placed Garryowen in their 22-10 win away to Buccaneers.

Young Munster fell to a 27-24 loss to Lansdowne at Tom Clifford Park with Academy man Alan Tynan at full-back as they remain sixth in the league table.

Shannon have edged ahead in the three-way race for the Division 1B title after a 12-7 win at Old Belvedere with Academy player Conor Fitzgerald scoring a try and kicking a conversion. Senior prop Ciaran Parker also featured in the victory.

Rob O’Donovan helped fourth-placed UCC to a 32-31 win over Banbridge at the Mardyke as they closed the gap on the northern outfit.

Academy players Keynan Knox and Joey Conway both featured for UL Bohemians as they recorded a 29-20 win over Naas at UL with the Limerick club now just a point behind Old Wesley towards the bottom of the table.