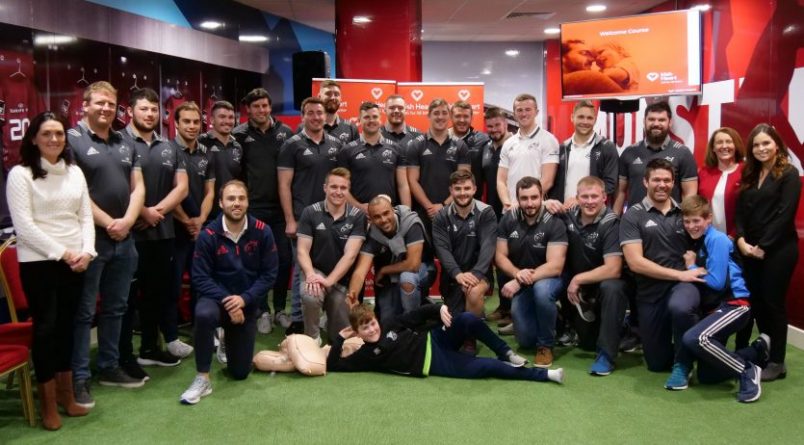 As part of this season’s ongoing charity partnership the province is working closely with the Irish Heart Foundation in driving CPR awareness across the province in memory of Axel.

In raising awareness for the work that is carried out by the Irish Heart Foundation and highlighting the importance of CPR training, it is envisaged more lives can be saved from sudden cardiac death.

Munster Rugby and the Irish Heart Foundation have teamed up to rally the public behind the prevention of sudden cardiac death which claims 5,000 lives in Ireland every year. The continued support and work being carried out is a vital step in making the public aware of their power to save more lives through lifesaving CPR.

As part of ongoing initiatives for the season Irish Heart will be at the centre of Munster’s designated “Charity Match” against Leinster on December 26th in Thomond Park, with one euro from each match programme sold donated to the charity.