Competition | Munster Moment of the Month 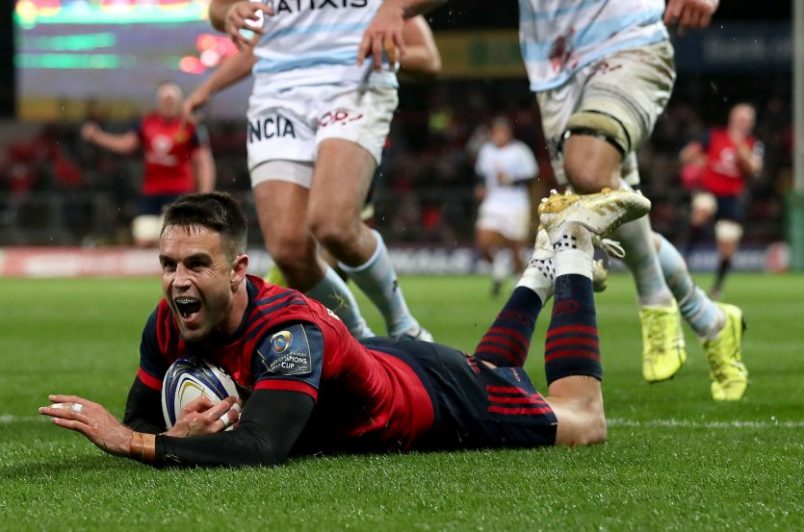 Vote for your favourite Munster Moment of the Month.

Vote for your favourite Munster Moment of the Month.

An outstanding team try that owed much to the skill of the Young Munster front row – Peter Meyer, Mark O’Meara and Colm Skehan.

The trio combined beautifully to create the break that led to ben Kilkenny touching down in the right corner as the Cookies went on to win thanks to Shane Airey’s late penalty.

With the vital European Champions Cup game versus Racing 92 deadlocked as the hour-mark approached, a moment of magic from Conor Murray swung the game in Munster’s favour.

The scrum-half blocked down Maxime Machenaud’s kick before racing clear, scooping up the loose ball and diving over to help Munster on their way to a vital 14-7 victory.

The game was only four minutes old when Rory Scannell’s brilliant offload set Simon Zebo on his way for a well-taken Munster try as the winger finished expertly.

It was Zebo’s 56th Munster try but a strong Connacht comeback saw the hosts claim a narrow victory at the Sportsground.