Over €39K Raised From Foley Programme 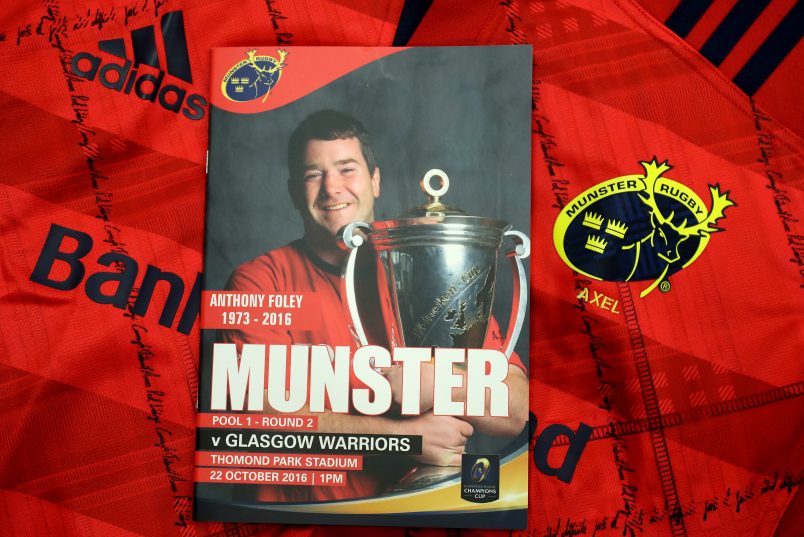 Munster’s Champions Cup game against Glasgow Warriors in Thomond Park last year will forever remain in the hearts and minds of the squad and supporters.

As we said farewell to the late Anthony Foley with a passionate display on and off the field, the powerful scenes that unfolded led to a memorable occasion at the packed venue.

Marking the occasion a special commemorative programme was produced in memory of Axel with a percentage of the proceeds going to charitable causes and funds nominated by Olive Foley and family.

On the day the unprecedented demand for the programme saw it sell out 30 minutes before kick-off with a re-print required to meet the demand as supporters wished to show their support for the Foley family.

It has since been confirmed that over €39K has been raised of which a significant amount will be donated to Sister Helen Culhane and the Children’s Grief Centre in Limerick, while a number of local community initiatives in Killaloe, including Tony and Dan Foley’s National Boys School, will also benefit.