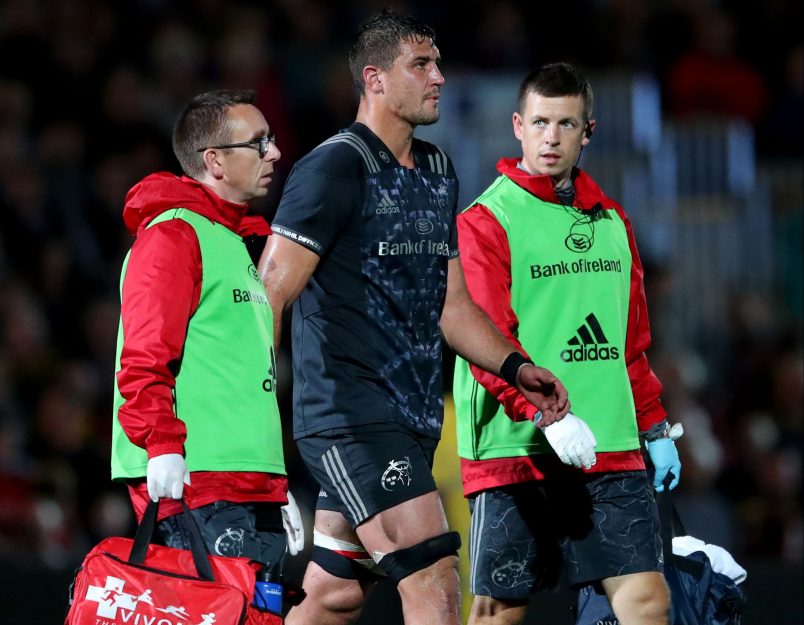 Following Saturday’s Guinness PRO14 win against Cheetahs in Thomond Park, Dave Kilcoyne, who finished the game, requires further assessment after sustaining a knock to his knee.

Following Saturday’s Guinness PRO14 win against Cheetahs in Thomond Park, Dave Kilcoyne, who finished the game, requires further assessment after sustaining a knock to his knee.

The prop made his first appearance of the season when replacing academy player Liam O’Connor after 57 minutes and is the only injury concern after the round two victory.

Meanwhile it is has been confirmed that South African lock Gerbrandt Grobler is expected to be side-lined until the new year after undergoing surgery for the ankle injury he sustained in the preseason game against Worcester Warriors.

On a positive note James Cronin will return to modified training today after undergoing a knee scope at the end of August.