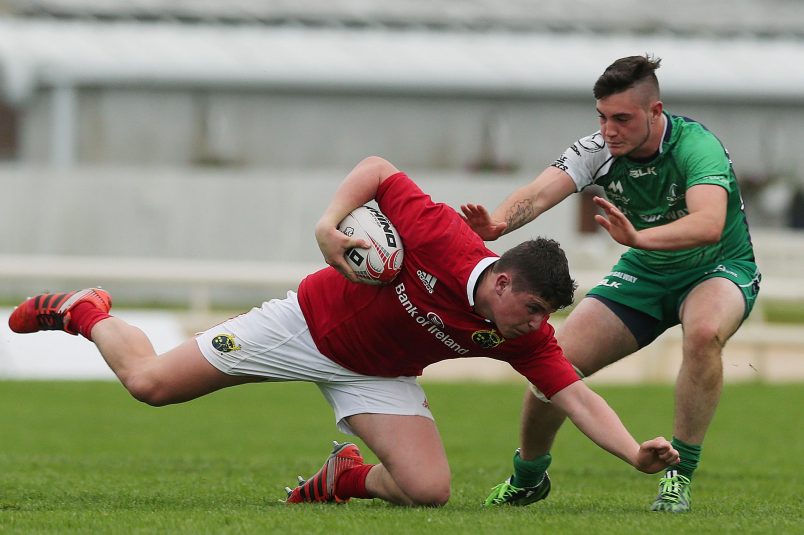 First up in our new ‘Introducing the Academy’ video series we meet Year One recruit Joey Conway.

First up in our new ‘Introducing the Academy’ video series we meet Year One recruit Joey Conway.

Joey is no stranger to the Munster underage setup, winning Interpro titles with both Munster U18 and U19 squads, he featured for the Munster U20/Development side earlier this season. Now playing senior rugby with Bohs, he played every game of the 2017 U20 6 Nations, also featuring heavily in the World Championship.

The Castleconnell native has had a pretty successful run in a Munster jersey thus far, and will be hoping to make a further impact now in his first year at the Greencore Munster Rugby Academy.