Getting To Know Our New Academy Recruits 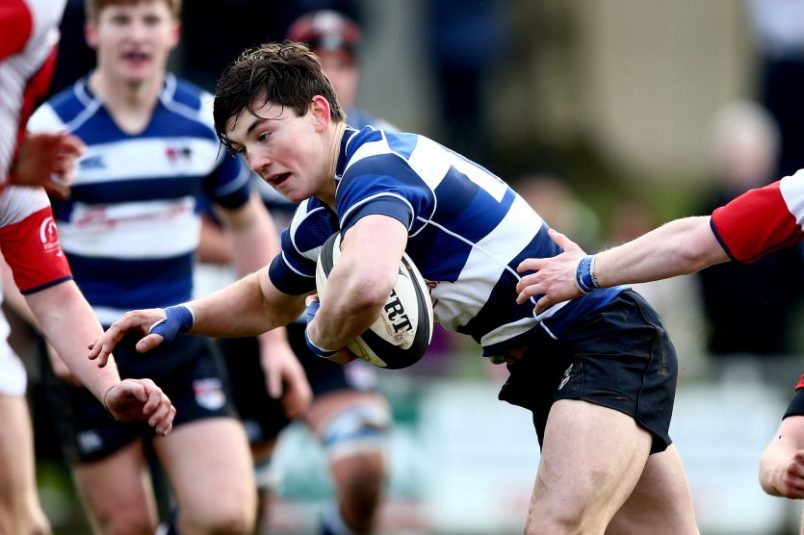 Daniel Hurley was an important force for Crescent in recent years. INPHO/James Crombie

Today Munster Rugby announced the 11 new players joining us in the first year of our Greencore Munster Rugby Academy, which has seen many of its brightest talents progress to the red of Munster, and the British & Irish Lions.

The top clubs and schools players in the region have been joined by a select few from outside of Munster to continue their rugby education and progression, as they aim to one day push for a Senior starting place, and further.

Amongst the list are five representatives from Ireland’s recent U20 World Championship campaign, and four straight off the back of the province’s development programme.

Alan Tynan
Tynan played a pivotal part in Young Munster’s strong AIL campaign this season.  The out-half, who played both hurling and football for Tipperary at minor level, won a Leinster Schools Senior Cup for Roscrea alongside Academy colleague Fineen Wycherley.  Going in to represent Ireland U19 and U20, he was one of Peter Malone’s most impressive performers at this year’s World Championship.   Featuring for Munster U20/Development in this season’s interprovincial campaign, Tynan made his Munster A debut against Doncaster Knights in Bandon RFC in January.

Alex McHenry
A Munster Schools Senior Cup winner with CBC in 2016, prior to that he captained Munster U19s to interprovincial success in 2015. Also winning representation with Munster U18 Schools and Ireland U19s, he made his Ireland U20 debut against France in this year’s 6 Nations. On the club front this season, the centre played his part in Cork Constitution’s triple success in the AIL, Bateman Cup and Munster Senior Cup.

Conor Fitzgerald
A younger brother of Academy graduate Stephen and another Ardscoil graduate, the Shannon out-half made his senior Munster debut in preseason action against Zebre last August. A former Limerick minor hurler, Fitzgerald has played for both Munster and Ireland at U19 and U20 level, most recently featuring against New Zealand at the World Rugby U20 Championship in Georgia.

Craig Casey
A scrum half, this season saw Casey captain Ardscoil Rís to the semi-final of the Munster Schools Senior Cup.  A talented placekicker also, he has represented both province and country at U18 Schools level, captaining the latter in the U18 International Series in April

Daniel Hurley
Another of the standout players in the Munster Schools Senior Cup in recent years, the versatile Crescent back is a former Munster and Ireland U18 Schools player.  Although injury put paid to any Ireland U19 involvement, the Garryowen player was part of the Ireland U20 training squad this season.

Jack O’Sullivan
Captaining PBC to their latest Senior Cup triumph last season, the back row has a wealth of Munster and Irish experience behind him already, having first featured for the Irish U18 Schools in just fourth year, and most recently was included in the Irish U19s tour to France. O’Sullivan has also represented Munster and U18 & U19 level, and won Junior Cup and Bowen Shield titles to go along with last year’s Senior Cup win in a glittering schools career.

Jack Power
The back-three player joins the province having completed one season in the Leinster Academy programme. Representing his native province at age-grade level, the former Blackrock College player previously lined out for Ireland U18 Schools, although injury ruled him out of last season’s World Rugby U20 Championship.

Jack Stafford
Selected in the 2014 Munster Schools Team of the Year while still in 4th year, and again in his final year with Glenstal Abbey, the scrum half began his rugby career with Wexford Wanderers. Playing for Ireland U20 in this year’s 6 Nations and World Championship, on the provincial front he has represented Munster U18 Schools, U19, U20/Development and made his B&I Cup debut in Munster A’s semi final win over Ealing Trailfinders in March.  He now plays his club rugby with Shannon.

James McCarthy
Coming through the Exiles pathway, McCarthy has represented both Dragons and Wales at U18 level.  The fullback started for Wales U18 Schools in their 36-38 loss to Ireland in the International Series in April.

Joey Conway
A loosehead prop, Conway initially played with UL Bohemians before representing Castletroy College where he won a Munster Schools Junior Cup.  Also winning Interpro titles with both Munster U18 and U19, he featured for the Munster U20/Development side earlier this season. Now playing senior rugby with Bohs, he played every game of the 2017 U20 6 Nations, also featuring heavily in the World Championship. #

Liam Coombes
First playing his trade with Skibbereen RFC alongside his cousin and Academy colleague, Gavin, the utility back was the out-half for Ireland U18 Clubs in 2015. He switched to Schools rugby for the Leaving Certificate cycle and joined McHenry in winning the Schools Senior Cup last season. Also playing for Munster U19 and U20/Development, the now Garryowen clubman started against New Zealand at this year’s World Rugby U20 Championship.