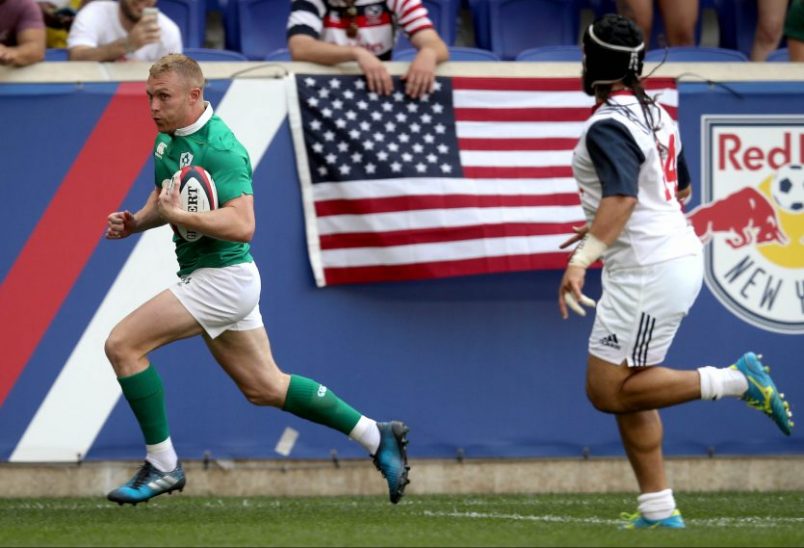 Keith Earls scores a try for Ireland against the USA at the Red Bull Arena in New Jersey. ©INPHO/Ryan Byrne

Ireland kicked off their summer tour with a 55-19 victory against the USA on Saturday at the Red Bull Arena in New Jersey.

Man-of-the-match Keith Earls scored two tries and had three assists as he increased his international tally to 24 tries, scoring 7 tries in 8 appearances this season.

There were a number of firsts on the night as prop John Ryan made his first start, hooker Niall Scannell scored his first international try and brother Rory made his Ireland debut coming on at the start of the second half.

After making the switch to out-half the younger Scannell added two conversions and provided the hanging cross-field kick for Simon Zebo’s try in the closing minutes.

With Munster’s six representatives all playing their part, the provincial ties didn’t end there with John Quill and Paddy Ryan both lining out for the USA team.  Corkman Quill scored a try of his own after blocking down a Carbery kick early into the second half, while fellow Corkonian, Highfield’s Paddy Ryan made his debut off the bench.

The Ireland squad now move on to Japan for the next leg of the summer tour.