Strong Munster Representation For U20 Opener 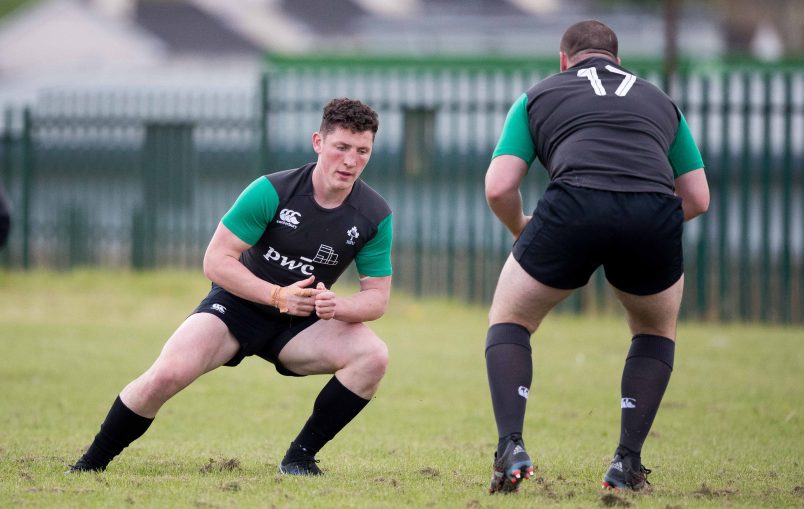 Head Coach Peter Malone has named his Ireland U20 to face Italy in their World Rugby Under 20 Championship Pool B opener at 3.30pm (12.30 Irish) tomorrow.

A total of eight Munster players are named in the matchday 23, six of whom start.  Joey Conway and debutant hooker Diarmuid Barron – a new addition to the squad – start in the front row with Fineen Wycherley and Gavin Coombes included in the second and back row respectively.

Wingers Colm Hogan and Calvin Nash start in the backs with half backs Jack Stafford and Alan Tynan named among the replacements.

Click here to view our profile of all ten Munster representatives at this year’s Championship.

Leinster out half Conor Dean is the only other uncapped player in the starting XV.

Speaking ahead of the opening game, Malone said “This Junior World Championship is always an exciting competition and the we are looking forward to the challenge ahead of us.

“We are looking forward to the game against Italy and starting the tournament. Having played them a few months ago in the 6 Nations, we know they are not a team to be underestimated, but the team are excited, focused and determined to make a good start.”

Ireland’s Pool B fixtures will be shown live on Eir Sport. The tournament will also be shown on ITV and streamed via the World Rugby website.