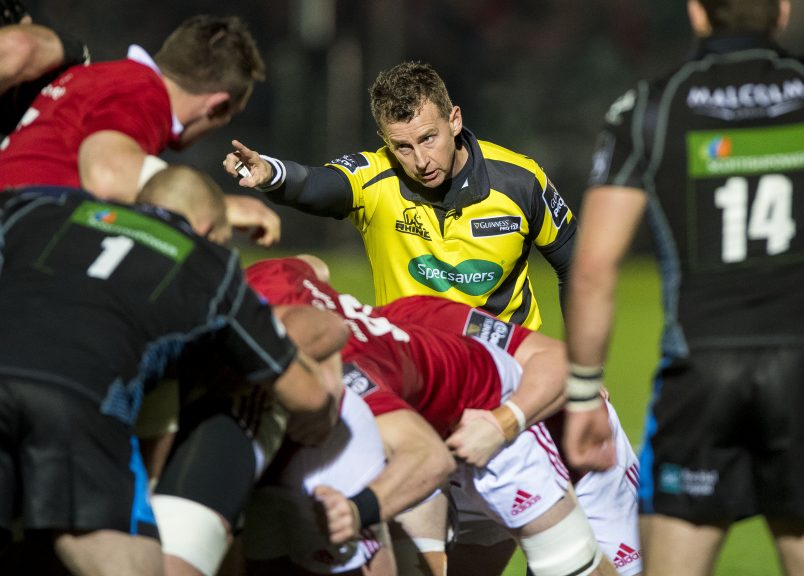 PRO12 Rugby have today confirmed that Nigel Owens (WRU) has been appointed to referee this weekend’s Guinness PRO12 Final between Munster and Scarlets at the Aviva Stadium.

The 45-year-old Welshman is the most experienced referee in the PRO12 and his appointment marks the fifth occasion that he has taken change of the Championship Final.

It has been a landmark year for the official who made his 150th PRO12 appearance earlier this season, while two weeks ago he refereed his sixth European Cup Final at Edinburgh’s BT Murrayfield.

The rest of the match-day officials can also be confirmed. Assistant Referee 1 will be David Wilkinson (IRFU) while running the opposite touchline will be Ian Davies (WRU). Neil Paterson (SRU) will serve as Television Match Official.

Owens made his first appearance in the Celtic League when he took charge of Border Reivers v Connacht on August 30, 2002.

Following on from Alain Rolland, Owens became the second referee from the PRO12 to referee a World Cup Final in 2015 when he oversaw New Zealand versus Australia at Twickenham.

Meanwhile, those looking to book Hospitality for the Guinness PRO12 Final can get full details by clicking here.