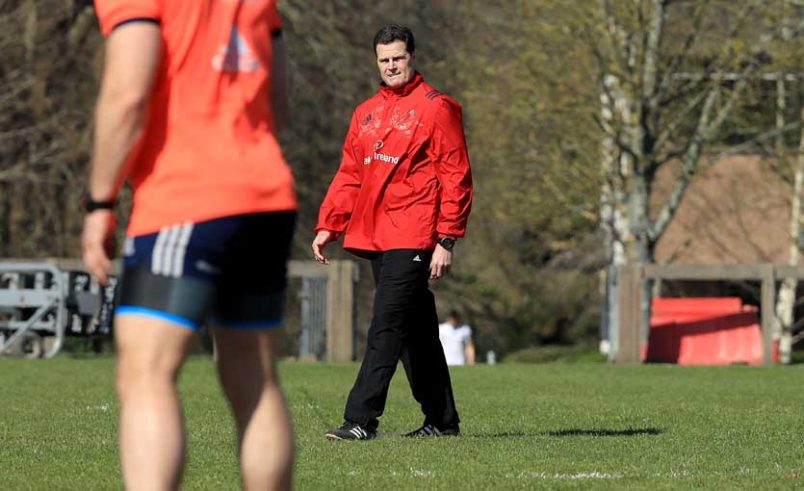 Munster gathered at the High Performance Centre in UL today where they commenced preparations for Saturday’s Guinness PRO12 Final against Scarlets at the Aviva Stadium.

Munster gathered at the High Performance Centre in UL today where they commenced preparations for Saturday’s Guinness PRO12 Final against Scarlets at the Aviva Stadium.

Fittingly, as Munster head into such a massive week, Director of Rugby Rassie Eramus was pleased to report that there are no fresh injury concerns following the win over Ospreys at Thomond Park.

James Cronin was a late withdrawal prior the game with Keith Earls and Andrew Conway picking up respective knocks to the shin and shoulder.  However all three are set to train fully this week.

Meanwhile, following a coin toss that took place in advance of the semi finals, it’s been confirmed that Munster will be in the home dressing room – for the first time – at the Aviva Stadium and will wear their alternate navy kit for Saturday’s Final.