Try Of The Season Nominations For Bleyendaal & Saili 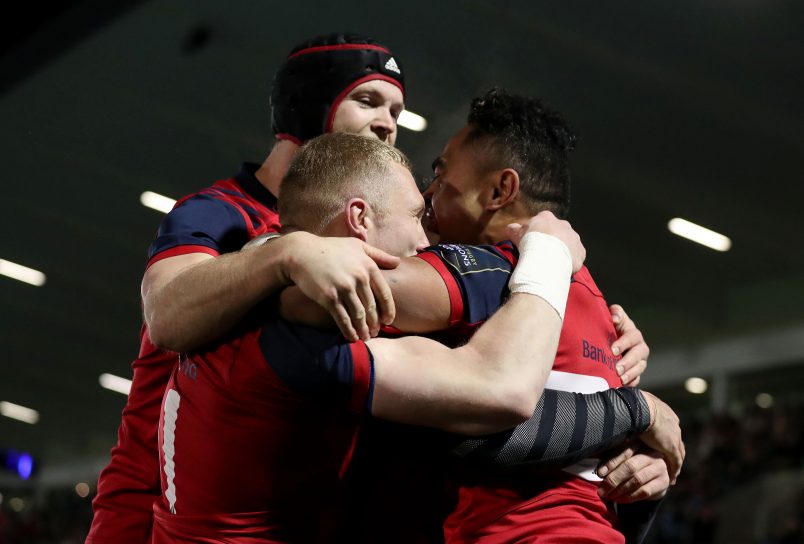 Munster’s Tyler Bleyendaal and Francis Saili are in contention Champions Cup Try of the Season for their respective scores home and away against Glasgow Warriors.

In Munster’s 38-17 win over the Scotsmen at Thomond Park in October, off a sumptuous Keith Earls offload, Bleyendaal sliced through a gap in midfield and, having been stopped initially, forced his way over the line with support from Conor Murray after just 3 minutes.

Earls was also instrumental in the second nominated try, his delayed offload creating the space for Saili to race over in the corner for what would be the winning of the knife-edged 12-14 return encounter in January.

In total 11 tries are nominated for Champions Cup Try of the Season. Click here to view all nominees and cast your vote.