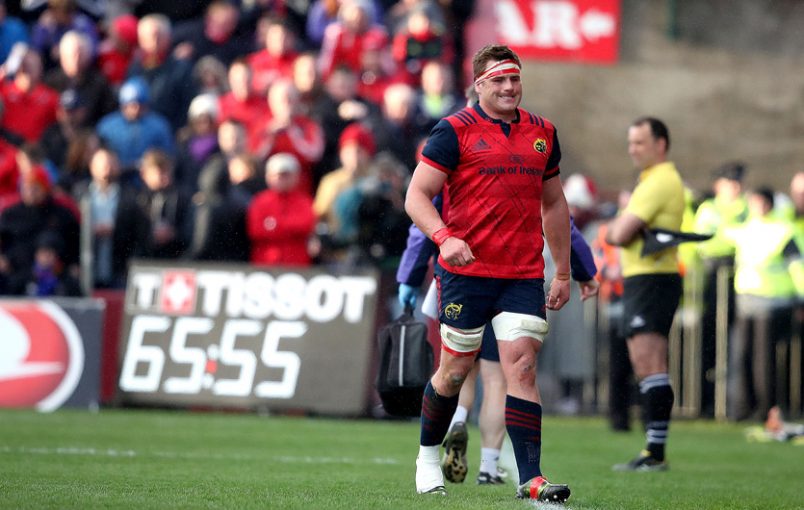 In reviewing the bumps and bruises from Saturday’s quarter final win against Toulouse at Thomond Park, CJ Stander requires further assessment for an ankle sprain, while Peter O’Mahony, Dave Kilcoyne (both dead legs) and Keith Earls (back) are all expected to be introduced to full training this week.

Conor Murray continues to be monitored for the shoulder knock that ruled him out of Saturday’s encounter.

Francis Saili will be hoping for further game time this week after securing two minutes on Saturday when he made an earlier than expected return to action after sustaining a knee injury against Cardiff Blues.  Similarly Ian Keatley’s return from a knee injury, sustained during the same PRO12 encounter, has also progressed positively with the out-half due to take a further part in training this week.

Meanwhile, it has been confirmed that academy out-half Bill Johnston fractured his fibula in Friday night’s B&I Cup semi-final win against Ealing Trailfinders.

Short-term scrumhalf signing Te Aihe Toma completes his time with the province this week and makes his return to New Zealand.