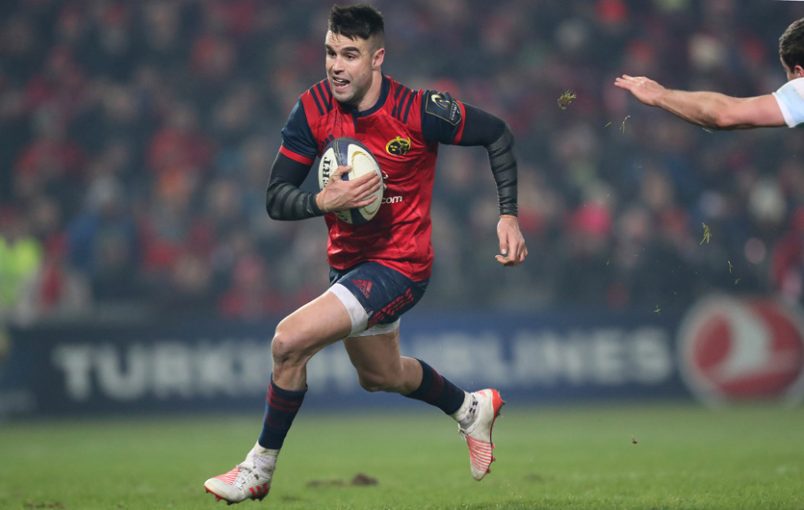 The remaining internationals of Keith Earls, Conor Murray, Donnacha Ryan, CJ Stander and Simon Zebo all joined their provincial colleagues in the High Performance Centre in UL today as preparations stepped up for this weekend’s double header of knock-out rugby.

Conor Murray will be monitored by the medical department this week for a shoulder knock sustained in Ireland’s 6 Nations encounter with Wales.  The province will give the scrumhalf every opportunity before making a decision on his involvement in next Saturday’s Champions Cup quarter final against Toulouse at Thomond Park.

Meanwhile, Keith Earls will take part in full training this week after overcoming a bang to his shin in Ireland’s 6 Nations win over England.

Latest short-term signing Jean Deysel has arrived in the province and will take part in his first field session this afternoon.

Following the weekend’s Guinness PRO12 action in Parma, James Cronin came through thirty minutes of game-time after successfully rehabbing a finger injury that kept him side-lined since Munster’s round 6 Champions Cup game against Racing 92.

Andrew Conway, who was a late withdrawal from the game, will continue to be reviewed for a neck injury, while Jack O’Donoghue, who played the full 80, will undergo a scan today for a hip injury.

With Francis Saili and Ian Keatley (both knee) making positive strides with their rehabilitation, the centre and number 10 will advance to modified training today.

The weekend also saw a number of contracted players line out for their respective clubs in the AIL.

In Division 1A, Cian Bohane and Robin Copeland helped Young Munster to an excellent 11-13 away win over Clontarf at Castle Avenue.

In Temple Hill, Cork Con enjoyed a 26-20 win over their Munster counterparts Garryowen.  The academy’s Shane Daly, Ned Hodson, Liam O’Connor and Rory Burke were all included for the hosts, while for the Limerick-men, Sam Arnold and the academy duo of Steven McMahon and JP Phelan all saw game time with Arnold among the try scorers.

In 1B, Peter McCabe travelled with UCC to Ballymena where they recorded a fine 24-26 win and there was success also for Duncan Casey and Shannon.  The Munster hooker was joined by the academy’s Greg O’Shea, Stephen Fitzgerald and John Foley in the Shannon side that defeated Ballynahinch 30-14 with O’Shea and Foley both crossing the whitewash.