Malone to Take Charge Of Ireland U20 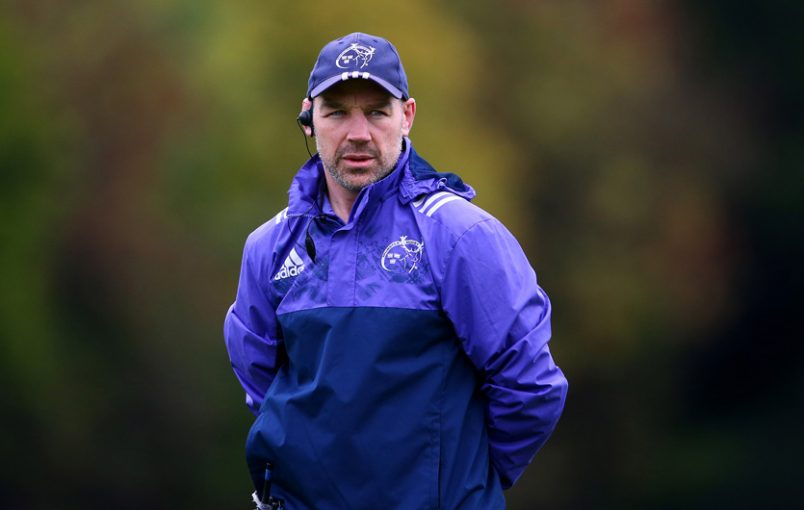 The IRFU have today confirmed that Peter Malone will be the PwC Ireland U20 interim Head Coach for the upcoming World Rugby U20 Championship in Georgia this June.

Malone, Munster Rugby’s Elite Player Development Manager, has been assistant coach to Nigel Carolan with the Ireland U20 since 2015.   Kieran Campbell, the Ulster Academy Manager and Ireland U19 head coach, has been added to the Ireland U20 coaching ticket for the World Rugby U20 Championship.  The coaching structures for the U20 squad will be reviewed following this summer’s tournament.

David Nucifora, IRFU Performance Director, commented, “Peter’s experience at this level and knowledge of the player group will provide important continuity ahead of June’s World Rugby U20 Championship.  Kieran will also add a wealth of experience to the coaching group.

“Nigel has done some fantastic work with the U20s over the past three years including reaching last year’s U20 Championship final.  We are delighted that Connacht have offered him the opportunity to further develop as a coach in a senior role with the provincial side.

“The coaching opportunity with the U20 squad is an important element in the IRFU’s coach development pathway as it provides our Academy coaches with an outlet to develop and challenge themselves within the international game.”

Ireland have been drawn in Pool B with Italy, New Zealand and Scotland and will play all three of their pool fixtures at the Kutaisi Stadium.  Kutaisi is located 230km west of Tbilisi, the capital of Georgia.