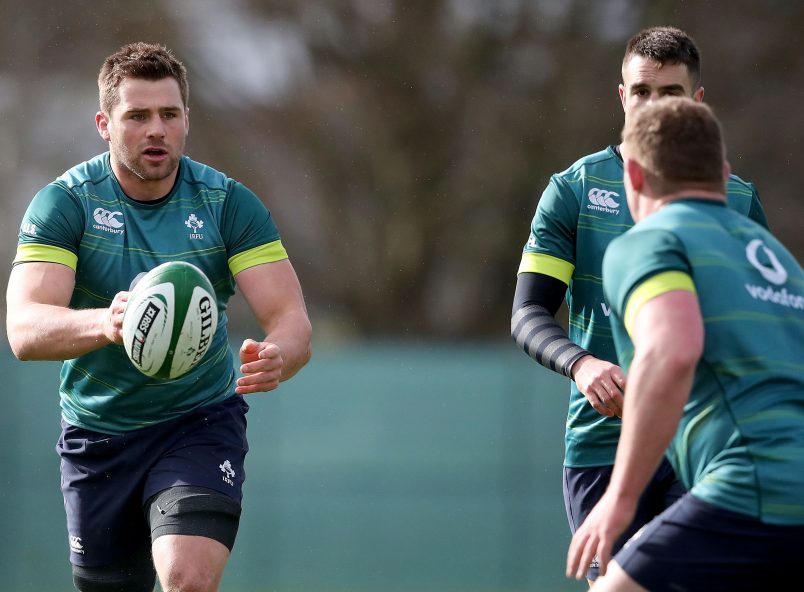 Munster have another strong representation ahead of Ireland’s crunch Six Nations match against France at the Aviva Stadium on Saturday (KO 4:50pm).

The Red Army’s Keith Earls and Simon Zebo again start on each wing for the Irish, who racked up nine tries against Italy in Rome a fortnight ago, with Earls getting two of those. Conor Murray also continues as scrum-half for Ireland’s first home game in the Six Nations.

Niall Scannell drops to the bench after his impressive Six Nations debut, with Rory Best returning at hooker, but will be hoping to make an impact in Dublin. Donnacha Ryan picks up where he left off at second-row, while behind him CJ Stander – who became the first forward to score a hat-trick in the history of the tournament against Italy – will form one part of a formidable back-row.

Also among the replacements are Cork Constitution and Munster team-mates John Ryan and Peter O’Mahony, as Ireland look to make a big statement against a physical French side.

“It’s going to be a really physical game, and we’re really hopeful that our replacements will be primed to go because the last 30 minutes of the match will really be keenly contested” said Irish head coach Joe Schmidt at camp today.

“With the likes of the experience of Peter O’Mahony (sic) and the enthusiasm of Niall Scannell who I thought was super, whose first two involvements were two excellent cleanouts and he just grew from there.

Saturday’s game will mark the passing of the halfway point for Schmidt’s side, who, after the opening day disappointment against Scotland, will be looking to get themselves right back in the Championship picture.