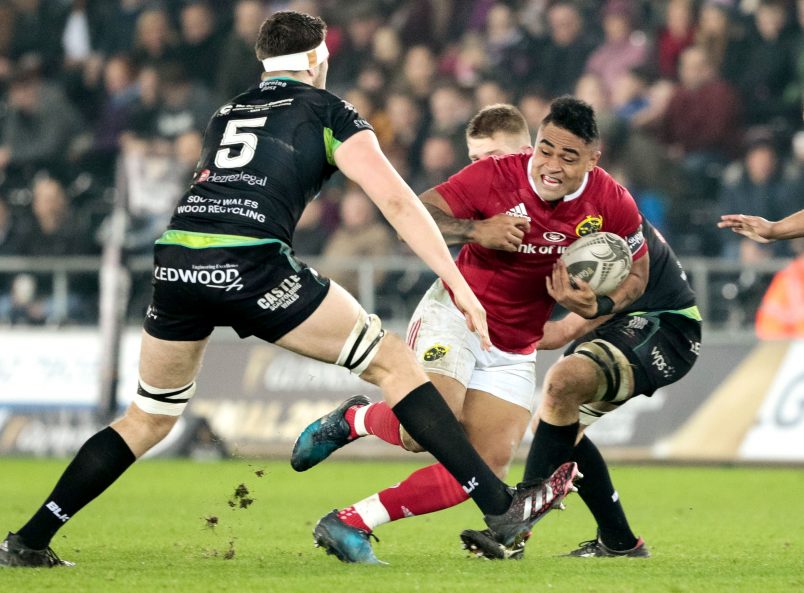 A citing has occurred as a result of the Ospreys Rugby v Munster Rugby game at Liberty Stadium, Swansea in Round 15, February 18, 2017.

Francis Saili, centre (No 13), for Munster Rugby has been reported by the Citing Commissioner in charge for alleged foul play against an Ospreys Rugby player under Law 10.4 (e) – Dangerous Tackling of an Opponent.

A disciplinary hearing will be held in Edinburgh on Wednesday, February 22, 2017.