Catching Up With Conor Oliver 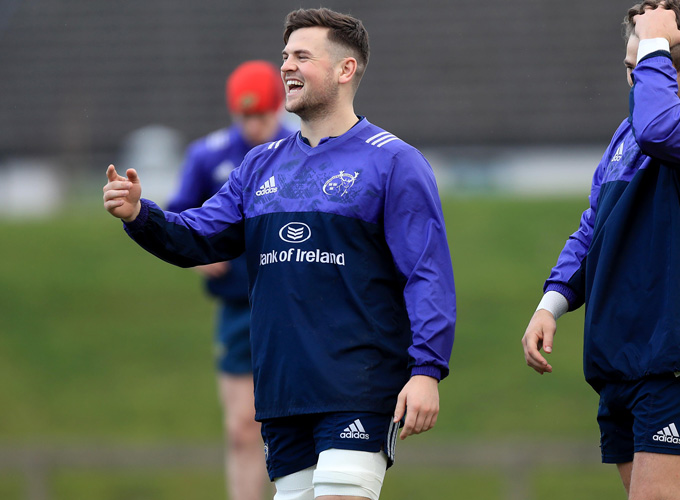 Academy back row Conor Oliver hasn’t looked back since making the switch from Leinster at the beginning of last season, making a total of eight senior appearances to date, including his first PRO12 start away to Edinburgh last weekend.

Primarily a product of the Leinster clubs pathway, it was with Skerries U8s that Oliver first took to the rugby field, remaining with his childhood club through to his Leaving Cert year when Blackrock College came calling. There he would win a coveted Leinster Schools Senior Cup title alongside Irish international Joey Carbery with whom he also won representative honours.

“Joey and I followed the exact same path. He played for Athy and we played alongside each other for Leinster U18 Clubs and U19s. Then we also joined Blackrock College in the same year. He’s a great guy as well as a great player and I’m delighted to see him doing so well.”

With Leinster having an embarrassment of riches across the back row in recent seasons, Oliver saw his potential for game time as limited and was excited by the prospect of both learning from, and going toe-to-toe with, the likes of Tommy O’Donnell, Jack O’Donoghue and CJ Stander.

“There’s world class back rows here in Munster as well. I take a step back sometimes and just observe and learn. Seeing what they do and the things they have told me to do have helped my game hugely and readied me for opportunities when they come my way.”

The Dublin native will have fond memories of this season’s encounters with Edinburgh. At Thomond Park in September he crossed for his first Guinness PRO12 try while just last weekend the 21-year-old made his first start of the Championship.

“It’s a great feeling always when putting that 7 jersey on your back. You realise how far you’ve come, but also how hard you have to fight to keep it. Hopefully I will have a few more starts while the internationals are away in camp. This part of the season is a great opportunity for young guys to come in and put their hands up for selection. If selected, then the onus is on us to perform.”

On last Friday night’s 10-9 win, Oliver added, “We just about ground it out and they made us work very hard for it. But a win is a win and we got the four points to put us back on top of the table. That is the main thing. We’ve gone back and reviewed it, saw where we went wrong are well aware there’s plenty areas needing improvement.”

Tomorrow at midday Director of Rugby Rassie Erasmus will name his side for Friday’s clash with Dragons at Irish Independent Park, and with six PRO12 appearances already under his belt this season, Oliver is looking forward to a return to Leeside.

“It’s a great place to play and the fans create such an atmosphere there. We suffered a one-point loss to Cardiff Blues there at the start of the season but it was great that we made it up to the support in Cork with a 33-0 win over Ospreys on our last trip there in November. Hopefully we’ll give them something to cheer about under lights on Friday night.”